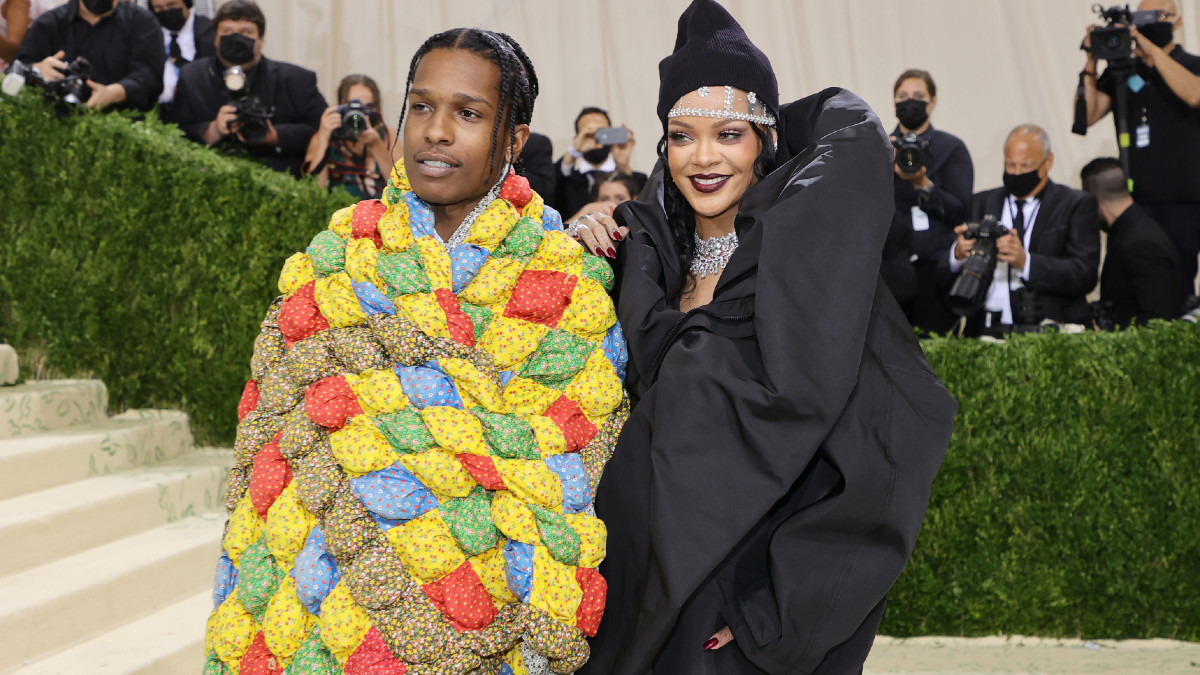 Rihanna and her boyfriend A$AP Rocky confirmed that they are expecting a child after debuting her growing baby bump during a visit to Harlem over the weekend.

In the photos, the 33-year-old Barbados native was seen wearing a long pink puffer coat held together with just one button, revealing her naked bump to the world. She adorned her bump with a string of long necklaces and jewels that cascaded down from under her coat. But with temperatures in the low-20s in New York City over the weekend, let’s just hope she didn’t stay outside too long!

The photos were taken by celebrity photographer Miles Diggs, who posted them to his Instagram account on Monday. “SHE IS!” Diggs wrote.

His comment is likely a reference to the pregnancy rumors, which were first sparked back in November when Rihanna accepted her National Hero award from Barbados Prime Minister Mia Motley wearing a tight-fitting gown. Though her tiny bump was clearly visible under the clingy fabric, she denied that she was pregnant at the time.

At any rate, when the photos hit the internet it set off a five-alarm fire as fans and fan accounts on Twitter celebrated the joyous news.

Another fan account tweeted a closeup of the Diamonds singer’s bejeweled belly.

“Check on your friends today. All of them. Rihanna’s pregnant,” tweeted writer Pallavi Gunalan.

The 2000s pop culture account likewise got in on the celebration.

A$AP Rocky first revealed that he and Rihanna, who he had opened for during the Grammy winner’s 2013 Diamonds World Tour, were an item in a May 2021 GQ interview. At the time, the 33-year-old rapper called Rihanna the “love of his life.”

“So much better,” said Rocky, when asked what it was like to be in a relationship. “So much better when you got the One. She amounts to probably, like, a million of the other ones.” New-world shit, indeed. Rocky is among our culture’s most unabashed ladies’ men, but he says he’s comfortable embracing monogamy: “I think when you know, you know. She’s the One.”

But when asked if he was he’s ready to be a father, Rocky hinted that he was ready to settle down.

“If that’s in my destiny, absolutely,” he replies. “I think I’m already a dad! All these motherfuckers are already my sons—whatchu talkin’ ’bout!” He laughs and then starts choosing his words carefully: “Nah, but like, I think I’d be an incredible, remarkably, overall amazing dad. I would have a very fly child. Very.”

Although the timeline of their relationship is unclear, Rocky and Rihanna were first photographed together in December 2020 during a trip to Barbados, where the rapper’s father also emigrated from to the U.S.