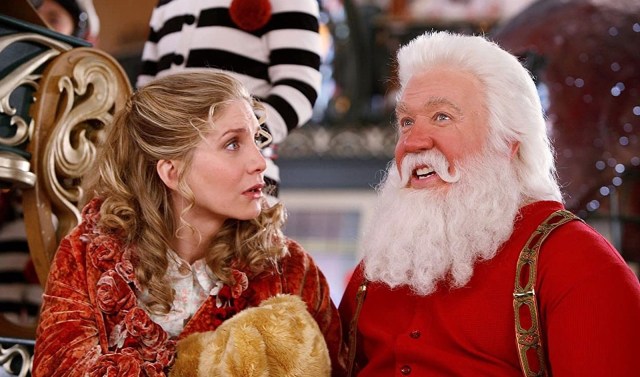 Marvel fans may be bummed about D23, but they’d better not pout, and we’re telling you why: Santa Claus is coming…to Disney Plus. This time, it’s not a movie but a brand-new series, The Santa Clauses. And if we’re being honest, the new show might make you cry as it chronicles Tim Allen’s exit as Father Christmas.

In the new trailer released at the D23 Expo, Allen’s Santa Claus is ready to retire, and it’s all tears, snotty noses, and panic at the North Pole. “For the good of Christmas, for the good of my family, I, Santa Claus, have decided to retire,” Claus shares before the elves dive headfirst into chaos with their sweet pointed ears.

The man himself, Allen was excited about surprising audiences at the D23 Expo and unveiling the trailer for the highly anticipated series. Leaving the job behind isn’t going to be easy, but with the help of Christmas joy, spirited children worldwide, and those who love him most, it’ll be a bittersweet adventure for Scott Calvin turned Santa Claus.

Plus, it looks like there’s some solid help lined up. After all, a particular football legend is auditioning for the role.

We’ve all grown up with Allen as our Santa Claus, a generation of us recognizing him as jolly (most of the time) old Saint Nick. It’ll be undeniably hard to see him hand over the sleigh, but even Santa deserves to take off the hat and enjoy retirement. Plus, Christmas magic exists in the hearts of everyone who believes, and he’ll always be connected to the mantle.

The Santa Clauses premieres with a two-episode event on Nov. 16 on Disney Plus.