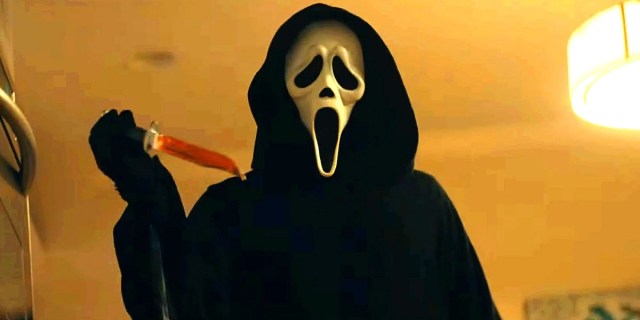 If there’s one thing you can count on from a Scream movie, it’s that it’ll have a killer final act. What sets the meta-slasher series apart from other horror franchises is that not only does it always end in a bloodbath, but you also get the excitement of finding out which of the characters has been Ghostface all along. That gives every Scream flick’s climax a healthy mix of thrills and spills.

But which of the five films in the saga released to date has the best act three of them all? That’s the chaotic debate that’s been raging on Twitter after fan account @screamlivez4eva asked horror-heads to rank all the final acts so far. The OP coincidentally listed them in order of release, but other fans responded with some much more surprising choices.

As you would expect, the OG Scream came top of a lot of people’s rankings…

… Although Scream 2 likewise received some love.

The ever-divisive Scream 4 is not for everyone, but it came pretty high up in many peoples’ lists.

Most shocking of all, though, is that a lot of folks had Scream 3 — widely agreed to be the worst of the franchise — as their number one.

Apparently, if you love Scream 3 you also hate Scream 2022.

But not everyone does, as some think the latest movie is second only to the original.

As the variety of these lists makes clear, however, any attempt to rank the Scream final acts is arbitrary, as they’re all top-draw.

The pressure is now on Radio Silence directors Tyler Gillett and Matt Bettinelli-Olpin to stick the landing again with Scream 6, which is shooting now. Will the next bout of Ghostface killings have yet another satisfying conclusion? We’ll find out when the movie hits theaters on March 31, 2023.