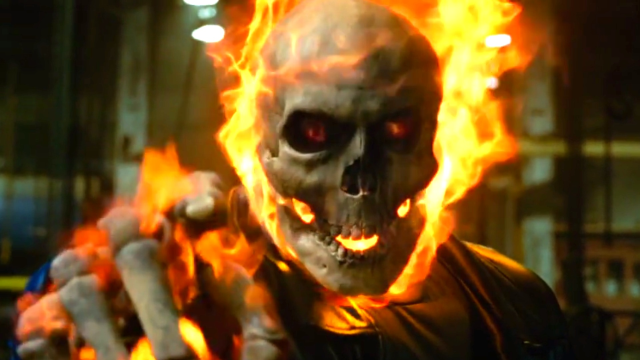 She-Hulk: Attorney at Law is confirmed to play host to a number of popular characters from the greater Marvel Cinematic Universe, but are we set to see a Ghost Rider appearance in the series?

Executive producer and showrunner Jessica Gao spoke at the premiere event of She-Hulk, and was asked about the role a certain Rhys Coiro was playing in the series that was widely expected to be a version of comics character Ghost Rider.

Coiro is playing “Donny Blaze”, and after fans saw a snippet in a promotional clip for the series, they were convinced he was actually playing Johnny Blaze, the first Ghost Rider. But according to both Gao and Coiro, he is not playing the flaming skull, but instead just a “magician who picked a stage name”.

“He’s not Ghost Rider — his name is Donny Blaze. A magician named Donny Blaze. This is just a magician who picked a stage name that he thought was going to get a lot of attention.”

Coiro meanwhile described him as a “very powerful and fantastic individual” after being asked by Deadline about his character, but didn’t go into many specifics.

“He’s a very powerful and fantastic individual and he’s amazing and wonderful in every way and he just lives to amaze and entertain.”

All the secrecy around the role does tempt further questions, such as if this is actually Ghost Rider, or perhaps another famous comic book character using a pseudonym. There aren’t any characters in the 80 years of Marvel Comics who go by “Donny Blaze”, and it seems odd they’d have one with that last name that isn’t somehow related to Ghost Rider.

She-Hulk is confirmed to see Wong and Daredevil pop up, so is it out of the question for Ghost Rider? All will be revealed soon, as She-Hulk: Attorney at Law launches Aug. 18 on Disney Plus.