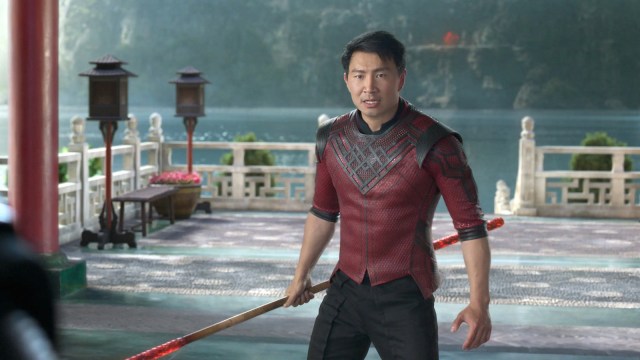 Because everything is the same now, iconic directors continue to get asked about the MCU by reporters who cover the series which rules the cinema. Scorsese has, Quentin Tarantino is now, and, for actor Simu Liu, their sentiment is not valid or cool.

The 33-year-old tweeted the above earlier today and alluded to remarks from Tarantino which describe the current era of filmmaking as one of the worst in the history of the medium in his reply to his initial comment. Several agree with Liu, but, some say he is misinterpreting Scorsese and another adds the current era has allowed for diverse stories to be told and this is important.

Another user re-posted a screenshot of a news article summing up a remark from a recent interview Tarantino did. While speaking with Chris Wallace, Tarantino says those who do not like the N-word should not see his movies and this is some food for thought here.

Later, another person utilized a gif of a famous figure to sum up Liu’s remarks and, with the footage, says he hits home hard.

A sequel to Shang-Chi and the Legend of the Ten Rings is in development. More will apparently come, as Liu has said he will make more than 10 sequels if he can and will likely play a major role in Avengers: The Kang Dynasty as he knew about its director coming aboard before the rest of the world and has said Destin Daniel Cretton will be able to make the epic seem very, very small.