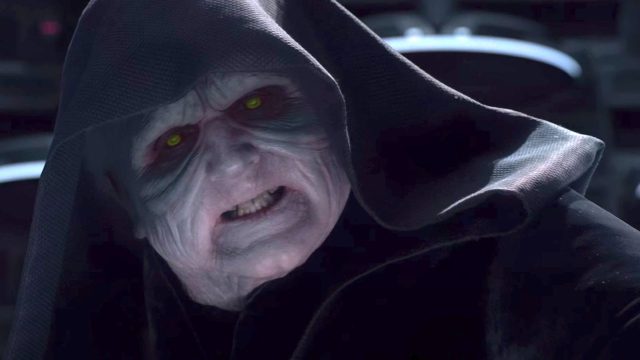 When you think about it, we’ve heard the popular Star Wars saying “May the Force be with you” countless times from the Jedi or other heroes of the Rebellion, but never from a dark-side practitioner.

The living Force has always been one of the main elements that distinguish that galaxy far, far away from a typical sci-fi universe. Throughout the canon of Star Wars, even the formerly-canon Legends, the Force is identified as a mythical and supernatural phenomenon. Of course, George Lucas tried to lend it some scientific value in the Prequels by introducing the concept of Midi-chlorians, but fans quickly disregarded the notion and decided to stick with Ben Kenobi’s explanation from the Original Trilogy. As such, the Force remained “what gives a Jedi his power. It’s an energy field created by all living things. It surrounds us and penetrates us; it binds the galaxy together.”

But as Master Luke Skywalker asserted in The Last Jedi, the Force doesn’t belong to the Jedi. And yet, we’ve only ever seen the Jedi or other heroes from the light side use “May the Force be with you.” While the obvious rationale points to the fact that Sith warriors don’t have it in their nature to send their best wishes to someone, even their comrades, there might be a better explanation.

In fact, the idea of calling on someone’s fortune isn’t unfamiliar to the Sith. Even Darth Vader makes comments about Luke and Obi-Wan’s connection in the Original Trilogy. And if the Will of the Force, as the Jedi call it, can really affect events and change the course of the future, then why wouldn’t the dark-side warriors use it to their advantage? After all, they’re very well-versed in the ways of the Force, too.

Well, the idea behind the popular Star Wars phrase, now an inseparable part of our culture, is altruistic at its core. Not only are you wishing good fortune to befall someone, but you’re also humble enough to admit that the Will of the Force is what decides everyone’s fate. The Sith, however, favor domination above all else and strive to control the pieces to maximize their benefits in every given situation. Ultimately, this could explain why they chose to drop the mantra after separating their path from the primeval Jedi Order.