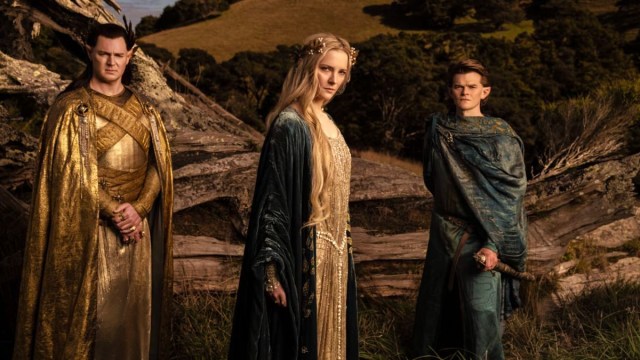 As the ratings battle between HBO’s House of the Dragon and Amazon’s Rings of Power wears on, viewers are choosing sides and sticking to them.

Both shows have been on the receiving end of criticism, as viewers work to compare the distinctly different fantasy series and find faults in their approaches. Rings of Power has largely seen pushback against its slow-burn approach to storytelling, which is in stark contrast to House of the Dragon, which already boasts plenty of fire and bloodshed. Some fans don’t hold the plot-heavy story against Rings, however, with the majority of longtime Tolkien fans instead celebrating the show’s careful pacing and deeply detailed delivery. One fan even thinks the show could turn it down a few notches, taking an even slower approach to building its world and fleshing out its characters.

Noting some of the quiet, in-between moments from Peter Jackson’s Lord of the Rings trilogy, snicketbee praised the “compelling character moments” that can come from simple dialogue and which add “a new depth and richness to the action beats.” In their opinion, those slower moments make the following action scenes hit all the harder. While Rings of Power is doing its best to slowly build its story and flesh out its world, snicketbee believes “a lot of the feedback on the writing boils down to us simply not having enough time to spend with the characters.”

This issue impacts Galadriel the most, according to snicketbee, but impacts all of the show’s characters to some degree. If the story weren’t constrained to around an hour per episode, and had a bit more time to slow down and revel in those quiet moments, they believe it would be the better for it. Commenters quickly chimed in with their own opinions, and the vast majority of them agree. They’re all on board with snicketbee’s shared hope that an extended version of season one will drop following its conclusion, allowing patient fans to enjoy the story in full.

Longtime Lord of the Rings fans—many of whom have enjoyed the extended editions of the trilogy on countless occasions—seem to be in agreement that the show could take more time. We aren’t looking for action-packed fight scenes and bloodshed right off the bat. That’s simply not Tolkien. Stories set in the masterful author’s world should take the same approach to storytelling as him, reveling in minute details and charming interactions, and allowing the weight of the story to carry the plot onward. This is already an effort that Rings makes, but it seems there’s more support than expected for the show to slow it down a notch or two.