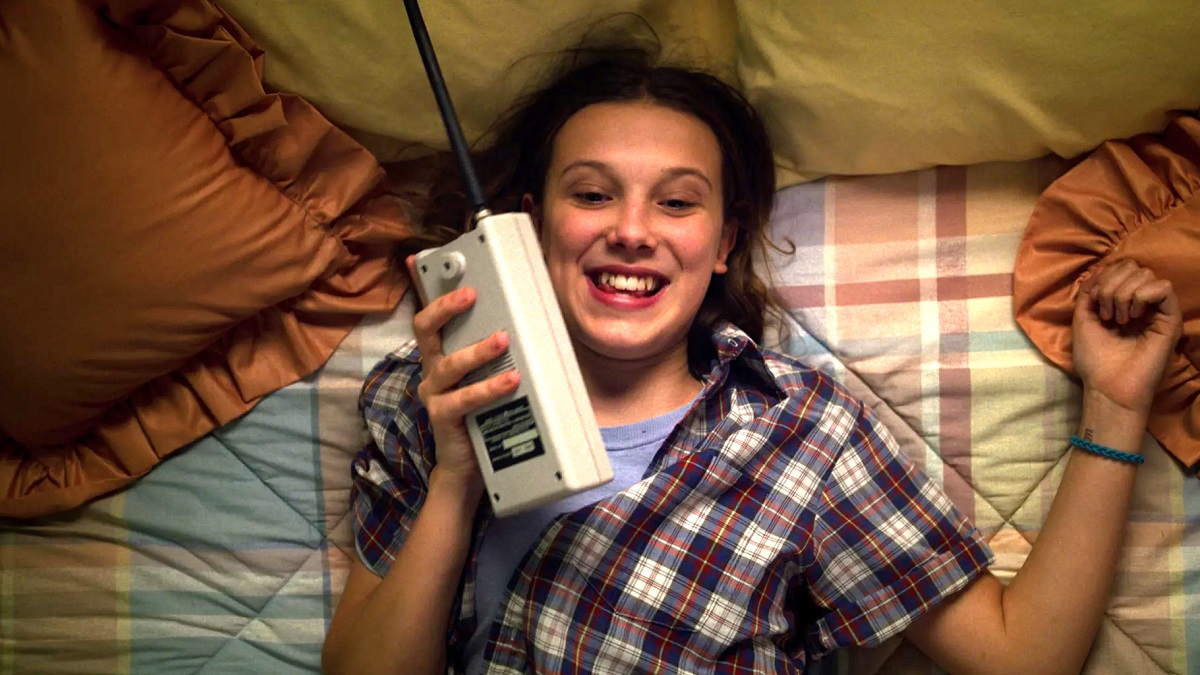 The Duffer brothers’ Stranger Things has its own unique quirks and references that have aided in constructing the emotional backbone behind several intimate moments and heartfelt relationships.

Netflix has drawn attention to one particular asset that strengthens Hopper and Eleven’s father-daughter dynamic even more than before — a blue hair tie. Not just any old hair tie, though, but the same one that has made its rounds through three generations of the Hopper bloodline — both biological and adoptive. Who would have ever guessed that such an insignificant object could hold such importance?

Throughout the series, Hopper mentions his deceased daughter, Sara , to his adoptive offspring, Eleven. He touches briefly on the ins and outs, but the general gist is that Hopper was married to wife Diane, but she filed for divorced after their daughter died of cancer, which resulted in Jim’s lapse into alcoholism and pill addiction to cope with the grief.

He ended up alone, having lost both his wife and his daughter simultaneously. On the surface, it’s a heartbreaking story of loss and regret, but Netflix has shined a light on the so-called “journey of the blue hair tie” to reveal the ever-present weight it holds as a symbol of unity and love.

In just 60 seconds, the streaming service compiled every clip featuring the totem, showing the “journey” from original owner Sara to current owner Eleven, and its purpose within Hopper’s redemption arc.

Long story short, Sara obtained the hair tie at some point during her childhood, presumably from Hopper but more likely from Diane, hence why Hopper felt the need to cherish it. Sara wore the hair tie as a carefree child, using it in pigtails and ponytails. When she was admitted to hospital for the first signs of illness, she kept it tied around her wrist due to cancer-induced hair loss preventing its use.

When she died, Hopper took the hair tie and kept it around his own wrist — that was until he met Eleven. After seeing himself as a failure, Hopper saw an opportunity to raise and protect Eleven, to succeed where he had fallen short with Sara. When he and Eleven developed an unbreakable bond, Hopper bestowed the hair tie onto Eleven, passing it down and essentially declaring Eleven as his own.

Put the tissues down. It isn’t supposed to be a sad story, even though it is. Think of it as redemption and compassion, especially since Hopper deeply cares for Eleven, and treats her just as well as he would have treated Sara — and even before she died. Who knew that Netflix could be so clever and so cruel all at once? As it turns out, that silly little science-fiction show that everyone thinks is all about monsters and magic actually has some hard-hitting tenderness at its core.

Stranger Things 4 returns with Volume 2 on July 1, and things are about to get stranger.