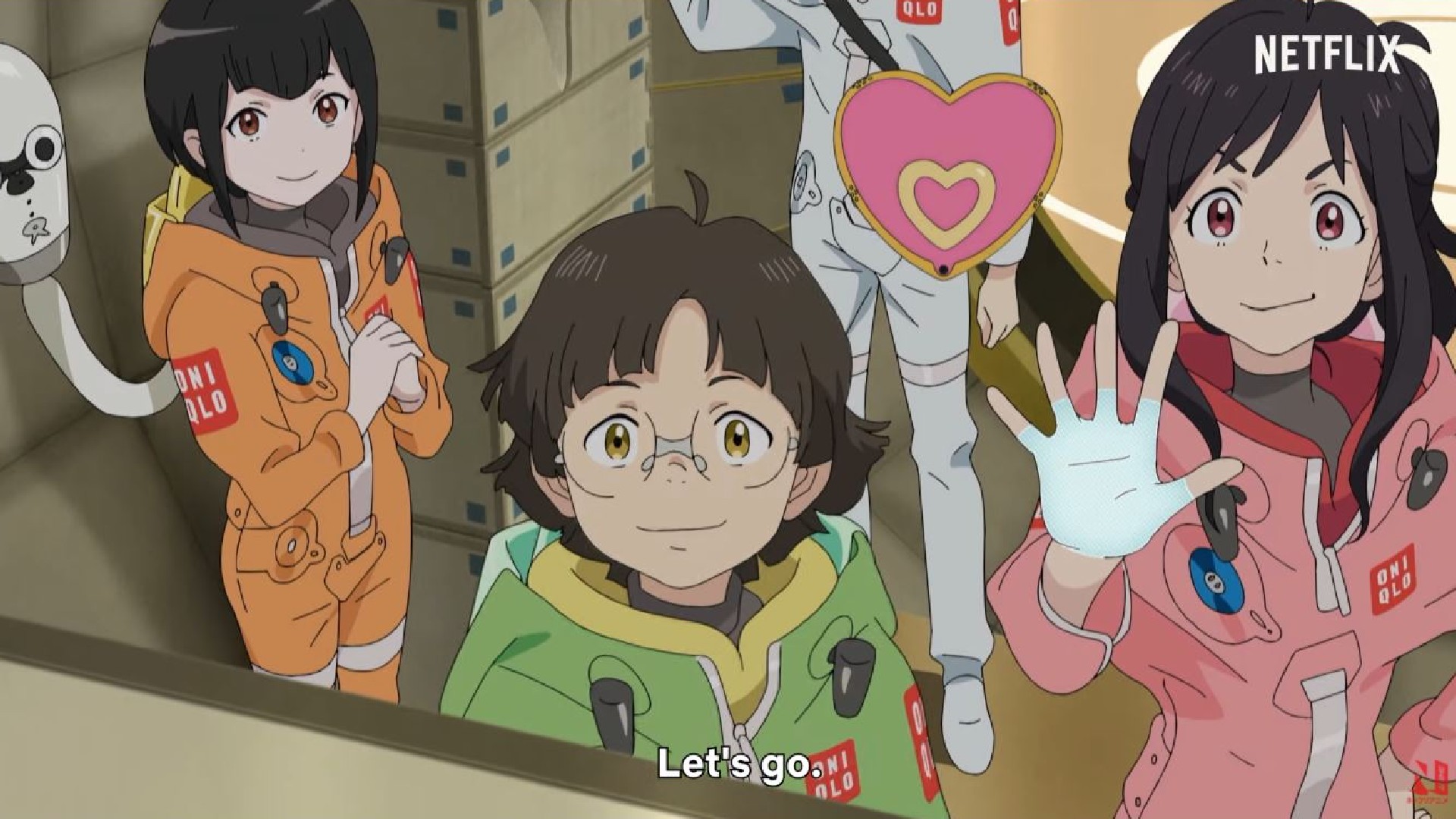 A Sonic the Hedgehog 2 actor will be premiering in a brand new anime on Netflix this week.

Colleen O’Shaughnessey is the English-language voice actor that is synonymous with the anthropomorphic fox who can fly, known as Tails, from both the video game and movie versions of Sonic the Hedgehog. O’Shaughnessey appeared in the role as Sonic’s pal in an initially uncredited tease at the end of 2020’s surprise hit Sonic the Hedgehog. She’ll be returning as the character in that film’s sequel, which comes to theaters in April.

For now, O’Shaughnessey sounds thrilled to share the news she’ll be portraying a spectacle-wearing space castaway in Netflix’s The Orbital Children.

“I’m totally in this!” she wrote on Twitter with a retweet of the anime’s announcement by co-star and fellow Digimon English voice cast alum Jeff Nimoy. “I’m the kid in the middle with the glasses.”

The announcement of O’Shaughnessey’s involvement in the show as part of the English voice cast hit Twitter before even getting updated on IMDB or Netflix, for that matter. You can watch a trailer for the series right here.

According to Netflix, The Orbital Children takes place in 2045 and centers around two children born on the moon and three kids from Earth who try to survive after an accident on their space station leaves them stranded. The series comes to the streaming service Friday, Jan. 28.

We’re also excited to see O’Shaughnessey reprise her role as Tails on the big screen when Sonic the Hedgehog 2 hits theaters on April 8, since the adventure-loving fox will have a much more prominent role in the movie than we’ve ever seen before.