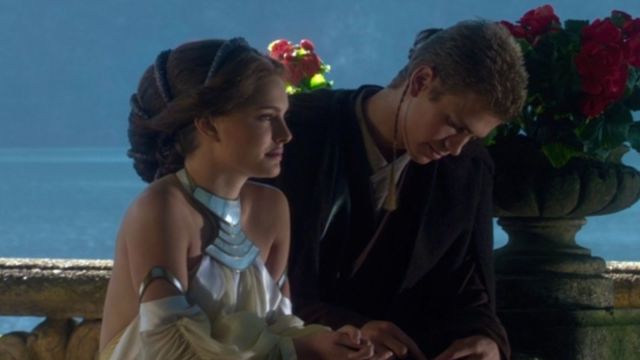 Star Wars fans remembered that Natalie Portman, who played Princess Padme in the prequel trilogy, was allowed to improvise their lines in Star Wars: Episode II: Attack of the Clones during the scene in Naboo. And some of those scenes contain lines that were deemed “too inappropriate” for the final cut. Following a recent a re-appreciation for the sequels, fans are demanding that Lucasarts release the “inappropriate cut” for Episode II.

Reddit user u/Davy_Jones88 shared a tweet with the Episode II fun fact and demanded that Lucasarts should release the footage. For those who need a recap, Attack of the Clones had Anakin Skywalker reunite with Padme after the two first met in Episode I as kids. It included scenes such as the two flirting in Naboo.

While it’s unlikely that Lucasarts would release the improvised scenes to the public, fans began to guess what those lines were.

Others pointed out how Episode IV: A New Hope had way more inappropriate lines during the trench battle scene on the Death Star and somehow made its way to the final cut. Oh, how innocent the earlier years were before the 90s and 2000s.

Fans remembered a rumor that Hayden Christensen had off-screen chemistry with Portman, which led to scenes between the two actors getting very heated. This led George Lucas to write lines for the two to read, which ended up on the final cut.

Sadly, an ‘inappropriate cut’ of Star Wars will never see the light of day. But maybe both Christensen and Portman remembered those lines and could recite them during a live event. Who knows? But hey, without Lucas’ interference, we wouldn’t witness the iconic line from Episode II.