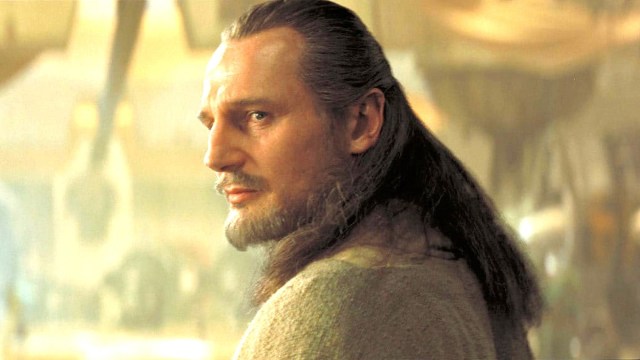 While Qui-Gon didn’t have a lot of screentime in the Star Wars Prequel Trilogy, he has always been regarded by fans as one of the most influential figures in the story of that galaxy far, far away.

Moments into The Phantom Menace, George Lucas introduced us to Jedi Master Qui-Gon Jinn, on a mission from the Galactic Senate to observe the blockade of Naboo by the Trade Federation. After they save the Queen and her pilots, Qui-Gon’s journey takes him to Tatooine, where he meets a young Anakin Skywalker. Sensing his great power in the Force, the Jedi Master runs a blood test and confirms that the boy is even stronger than Master Yoda. It’s from there that he speculates Anakin may be the Chosen One, a person prophecized to bring balance to the Force. Alas, Qui-Gon’s journey comes to a close after Darth Maul defeats him in a lightsaber duel on Naboo. But the spirit of the Jedi Master continues to guide Yoda and Obi-Wan, not to mention Anakin himself.

According to a new theory, though, Qui-Gon knew that Anakin would turn to the dark side, but helped him get into the Jedi Order nonetheless. Maybe he knew that the only way to achieve true balance and defeat the Sith was to let the events take their natural course. After all, Qui-Gon was never one to stick by the rules and obey the Jedi Council’s demands. Besides, there’s a high chance that Obi-Wan’s master was an agent of balance himself.

While it seems absurd at first glance, it actually makes a lot of sense when you consider what lengths he went through, especially when they were on Tatooine, to buy Anakin’s freedom and make sure that he becomes a Jedi Padawan.

Of course, when you think about it, it all worked out in the end. Palpatine and Vader destroyed the Jedi Order, but Anakin ultimately fulfilled the prophecy and brought balance by killing his sinister master in the last movie of the Star Wars Original Trilogy.