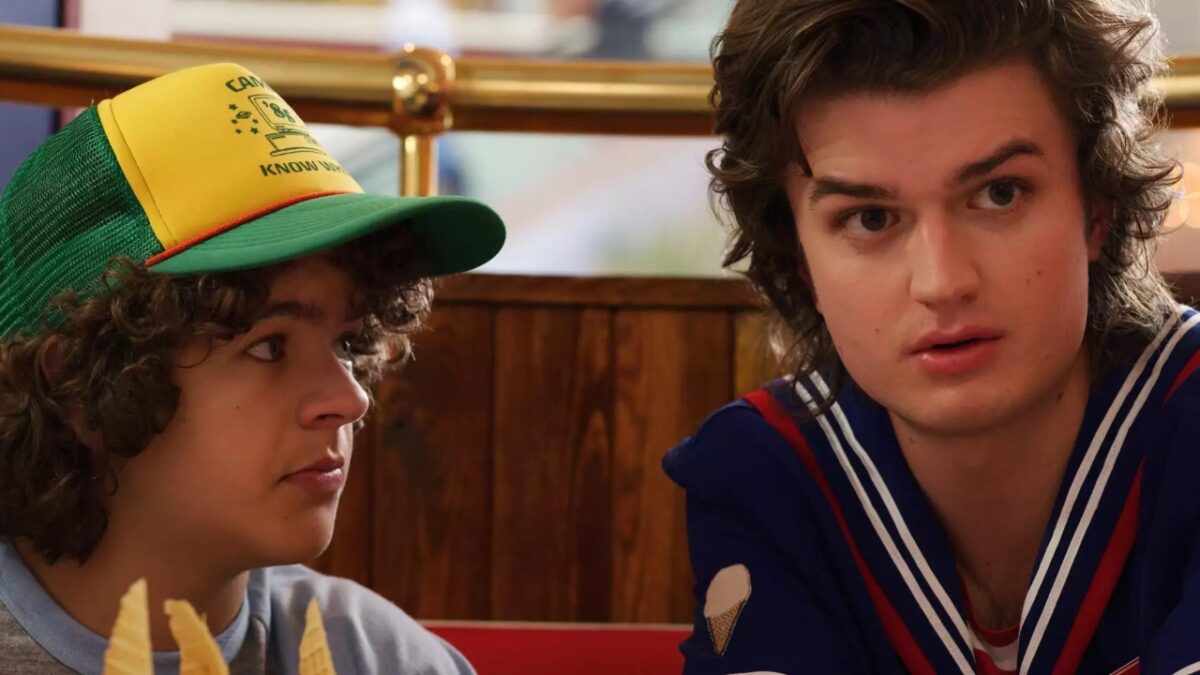 There are so many iconic duos in Netflix’s Stranger Things; Hopper and Eleven, Joyce and Hopper, Nancy and Steve, Eleven and Max, the list goes on. There have been many debates within the Stranger Things community regarding which duo is best, including Joe Keey’s Steve Harrington and Gaten Matarazzo’s Dustin Henderson. Apparently, Shawn Levy, known for directing Free Guy (2021), agrees that Harrington and Henderson are the unstoppable dynamic duo.

Levy took the directorial helm on two episodes of Stranger Things 4; “Chapter Three: The Monster and The Superhero” and “Chapter Four: Dear Billy,” both of which are included in Volume One. Joe Keery, best known for Spree (2020) and Free Guy (2021), portrays Steve Harrington, the arrogant jock turned gentle giant who dates Nancy Wheeler (Natalia Dyer) for a short time before becoming close friends with Robin (Maya Hawke) and Dustin (Gaten Matarazzo). Shawn Levy posted an image to Twitter featuring Keery and Matarazzo as Harrington and Henderson, captioning the tweet, “Name a better duo. I’ll wait.”

Co-stars Keery and Matarazzo are pictured above shaking hands in the back of what appears to be a limousine with Caleb McLaughlin’s Lucas Sinclair appearing in the background. It wasn’t until the third season that Steve and Dustin really started to connect with one another and develop a brotherly friendship that continues to flourish.