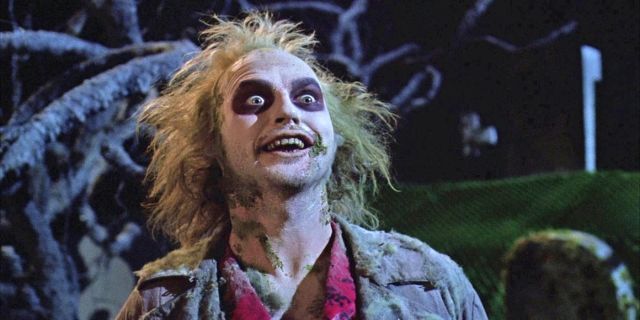 There has long been talk about a sequel to the 1988 hit Tim Burton film Beetlejuice but the project kept getting derailed for one reason or another, until now. The Direct is reporting that Catherine O’Hara has signed onto the project to reprise her role as Delia Deetz.

Catherine has many fond memories of working on the original film, having met her husband production designer Bo Welch through the project. In 2016 she spoke about the potential for a sequel with That Self. “I wish I could do it but I haven’t heard anything. I met my husband on that movie, he designed the sets, so we would both love to be involved. But, like you, I keep hearing about it every once in a while but it doesn’t seem to go anywhere. I don’t know, I’d love to see it, I’d love to be in it,” she stated.

Beetlejuice tells the story of a wholesome Connecticut couple Barbara and Adam Maitland, played by Geena Davis and Alec Baldwin, who unfortunately die in a car accident (this is a Tim Burton movie, after all). They return home as if nothing has changed but find the Handbook for the Recently Deceased. Since they are dead, the Deetz family moves into their home. Barbara and Adam are too nice — even as ghosts — to get rid of them, so they hire bio-exorcist Beetlejuice to help. Chaos ensues.

In February of 2022 The Ankler reported that Plan B, Brad Pitt’s production company, would produce the long awaited sequel. They also reported Michael Keaton and Winona Ryder would reprise their roles. They predicted production would begin on the project in summer of 2022, which never came to fruition. Director Tim Burton started in October of 2022: “I only know if I’m making a film when I’m actually on the set shooting. I am working on ideas and things but it’s all very early days. We’ll set how it goes. How’s that for a none answer?”

Perhaps the news of Catherine’s involvement means the project is one step closer to production. Time will tell.