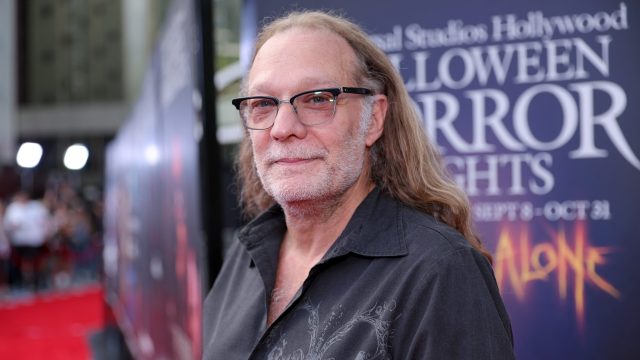 Warning: this article contains spoilers for the series finale of The Walking Dead

The Walking Dead aired its series finale tonight, and appropriately titled “Rest In Peace,” the episode said goodbye to a story we’ve been following for 11 exciting seasons.

Being a fan of a series for 12 years is a nod to everyone involved in the storytelling process, the actors and actresses who breathe life into the characters, and the fans who can’t get enough. One of the most beloved characters in The Walking Dead was Rick Grimes, who was the story’s heart and soul.

His heartbreaking exit in 2018 was hard to watch, but it also brought with it the promise of a tomorrow with him. When Rick returned tonight, fans were thrilled that we were getting a glimpse into what he’d been doing in the meantime, and Greg Nicotero said that happened for a reason.

Speaking to Comicbook, Nicotero said it would have been impossible to finish this part of the story without the man himself.

That feeling is something fans worldwide shared, so when we saw him in the episode’s epilogue, we watched our prayers being answered. Grimes is the heart of the series, he started us on the journey with the undead, and it is an ode to his character that so many of us are here after 12 years.

Nicotero continued by saying that they went back and forth with deciding how to bring his character back in a way that felt honest to who he is as a character, and to the story they’ve been working so hard to tell.

“We wanted to serve the story arc that the writers had created over the last 30 episodes or so of Season 11, but we couldn’t end The Walking Dead with Rick Grime,s being taken away in a helicopter and there’s no mention of him ever again. So it was very important for us to really sort wrap up the show the way it started, which is seeing who this person is and where he is on his journey.”

His journey is one fans can’t wait to pick back up on, especially since we know it leads him to Michonne.

The Walking Dead as we know it is over, but that doesn’t mean that there isn’t still some exciting story to tell. The universe is growing, and fans can expect much more from it in 2023.