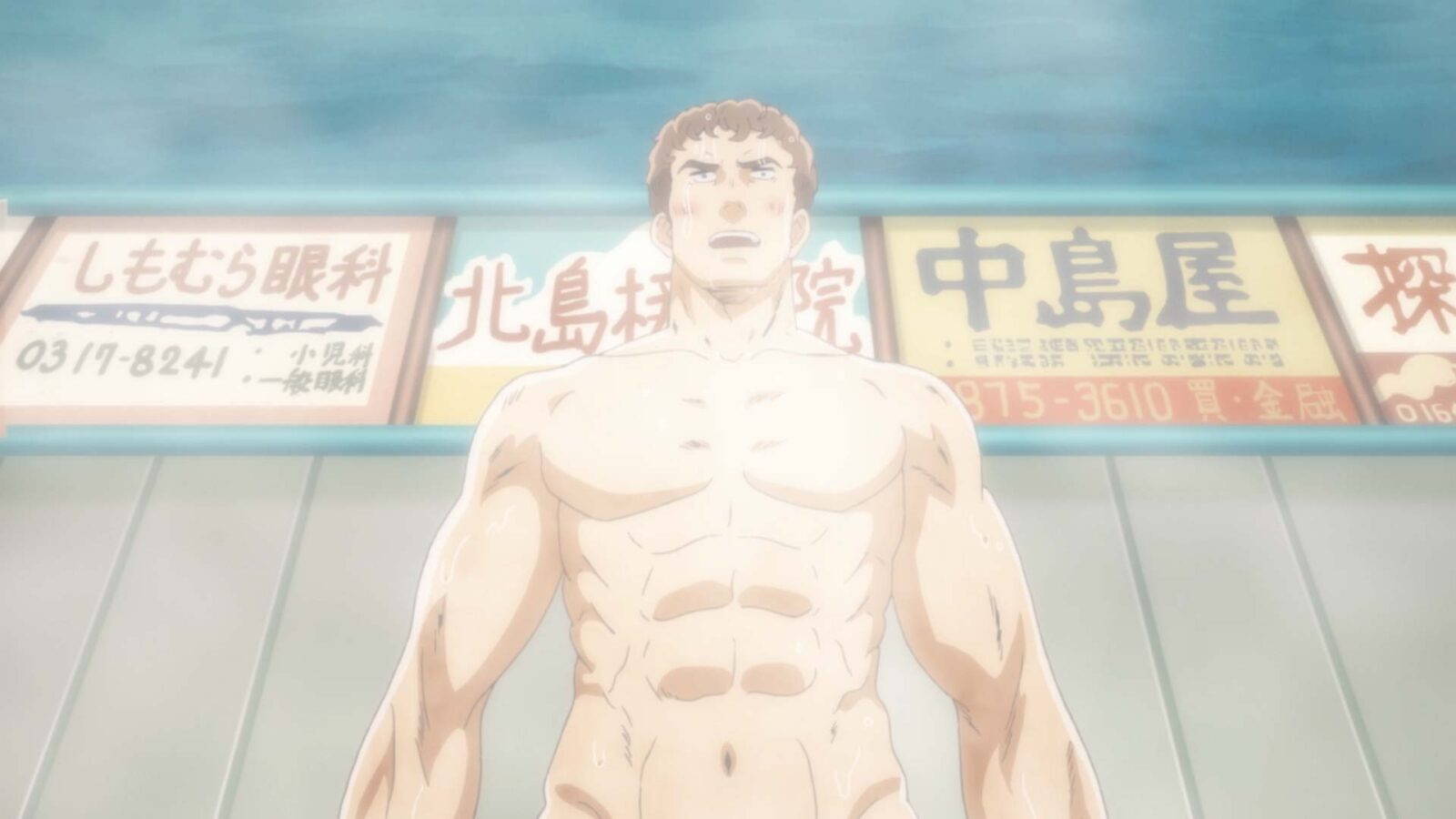 The Spring 2022 anime season is off to a strong start at Netflix, which just debuted Thermae Romae Novae — and this anime about Roman bath houses has more to offer than just a lot of partially nude, muscular men and conveniently-placed bath towels.

Thermae Romae Novae is an anime adaptation of Mari Yamazaki’s award-winning manga about an ancient Roman architect who can time travel from ancient Rome to modern day Japan via a secret tunnel beneath one of the city’s spas, which inspires his architectural creations. The manga, published by Yen Press in North America, published six volumes from 2008 through 2013.

The series has seen several previous adaptations, including a 2012 anime by DLE, and two live-action movies starring Japanese model and actor Hiroshi Abe. Abe won a Japan Academy Film Prize for Outstanding Performance by an Actor in a Leading Role for his performance in the 2012 film, directed by Hideki Takeuchi.

Yamazaki is also onboard the production as “series composer.” She hosts a documentary-style segment at the end of each episode exploring Japan’s tradition of bath houses.

Thermae Romae Novae probably won’t win any narrative awards, but what it really cares about is ambience. The show’s visuals are steeped in appreciation for a very particular aspect of both Roman and Japanese culture, and it also offers one of the more accurate portrayals of ancient Roman life in anime. Everything from characters’ personalities to their designs are made in service to this goal. This isn’t about moments of sakugo, but lovingly- rendered architectural images. And did I mention all the muscular men in baths?

You can watch Thermae Romae Novae on Netflix on your computer, or on smartphones, consoles, media players, and other devices with the Netflix app.