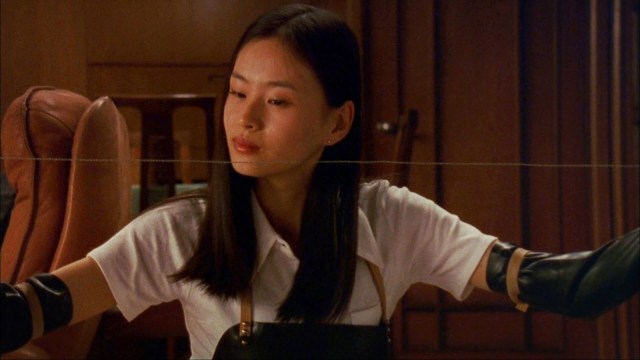 via Arrow Films
Review of:

Many famous horror films have been produced in Asia, but Redditors are picking some of the lesser-known fright flicks that the continent has to offer.

“At this point I’m familiar with most of the more well-known Asian horror movies,” wrote SpicyPirate13 in r/horror. “I wonder if anyone has any hidden gems they never see mentioned.” The Redditor then listed Asian horror films that they have seen, including South Korea’s Train to Busan and Japan’s Ringu, the latter of which was adapted into the American movie The Ring. The J-horror flick “Occult(2009) is probably the most niche one I’ve seen,” they concluded.

A different Redditor, Giv-er-SteveDave, provided a dozen J-horror gems, among which are Black Kiss (AKA Shinkuronishiti), a 2004 film about a fashion model who witnesses a grisly murder; Nightmare Detective (AKA Akumu Tantei), a meta-terrifying fantasy-horror from 2006; and 2017’s Tokyo Vampire Hotel, a nine-part miniseries about literally what the title says.

Although Giv-er-SteveDave’s list is highly-upvoted, the highest-upvoted single film at the time of this writing is Audition, Takashi Miike’s 1999 stomach-churner that’s considered one of the most disturbing films of all time and has been praised by non-horror directors like Quentin Tarantino.

It’s been praised by many other horror-obsessed Redditors, although at least one horror fan is wary of how disturbing it is.

This thread proves that if your favorite Asian horrors begin with Train to Busan and end with Ringu, you have barely drawn from the well of the continent’s scariest movies.