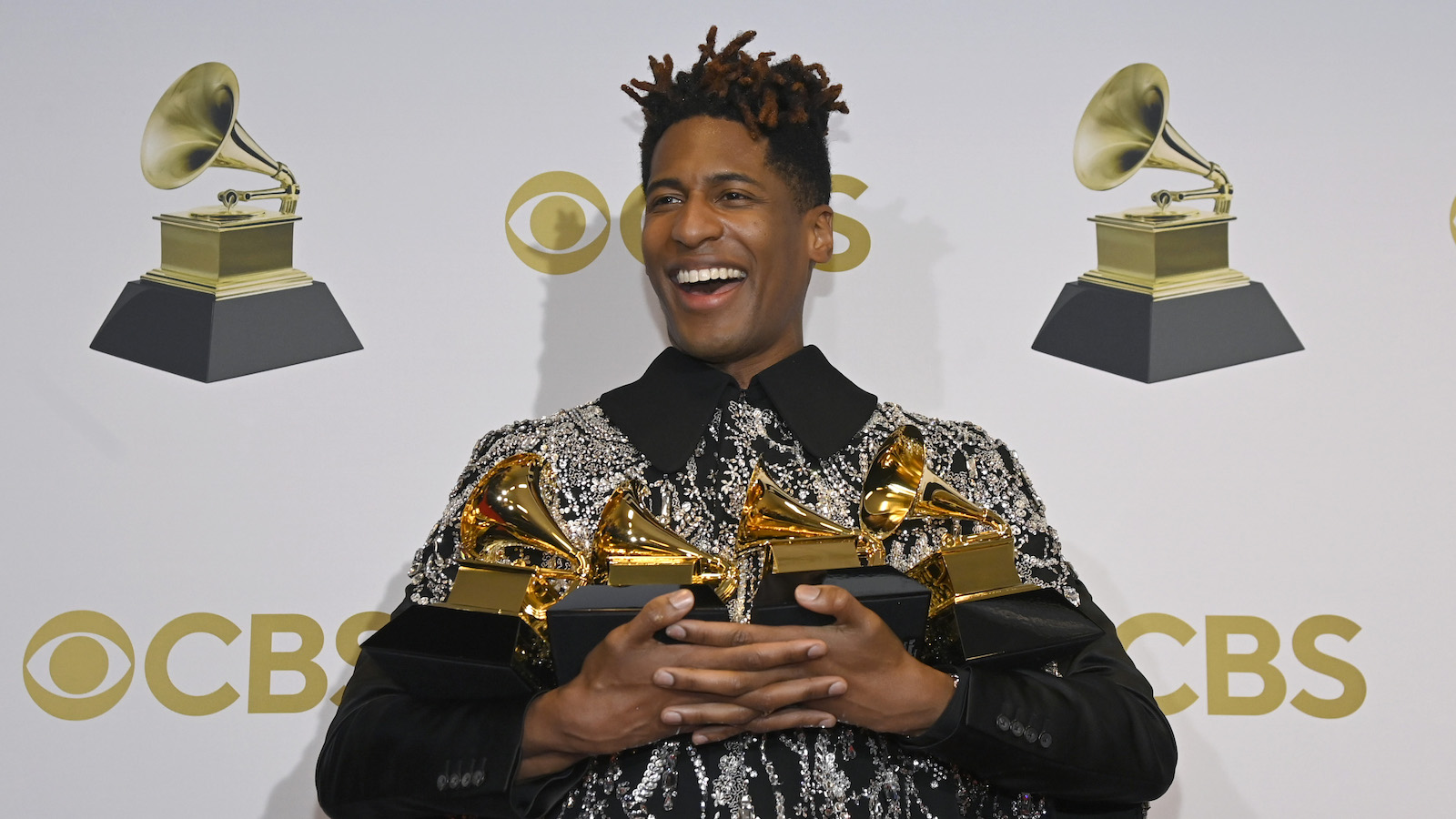 Photo by David Becker/Getty Images for The Recording Academy

When Jon Batiste took home the Album of the Year Grammy for We Are over pop superstars like Taylor Swift, Olivia Rodrigo, and Doja Cat, it surprised plenty of viewers who probably weren’t expecting a jazz album to receive top accolades in 2022. Fortunately, he didn’t have to deal with the same blowback some lesser-known artists received after winning the top prize of the night. It was, after all, the tenth anniversary of Bon Iver’s For Emma, Forever Ago won AOTY, and “Who is Bonny Bear” trended immediately.

And while it’s safe to say most viewers had probably seen him perform or heard his music at some point, they might not have previously known his name. However, there’s been a huge uptick in people intentionally seeking out his music as the multi-talented musician shot up to the Spotify charts following his victorious night at the Grammys with his song, “Freedom.” The song, which he performed at the Grammys, is currently at the #48 slot on the U.S. Spotify Viral 50. It also earned him the Grammy Award for Best Music video.

Batiste is best known as the bandleader of Jon Batiste and Stay Human for The Late Show With Stephen Colbert, which averages around 2.7 million viewers. The band was on board when the show premiered in 2015, and Batiste’s contributions go beyond the typical bandleader role, as Colbert occasionally turns over the mic to the pianist to get his take on current events.

The newly minted five-time Grammy Award winner went straight back to work, and Colbert interviewed Batiste about his big night, and congratulated him on his recent wedding to journalist Suleika Jaouad.

Batiste was born in Metairie, Louisiana, into a family of New Orleans musicians, which heavily influences his work. Batiste formed Stay Human with Julliard classmates Phil Kuehn and Joe Sayer in 2005, and the group released an album, MY N.Y, recorded on subways in 2011. He has released five solo studio albums, including 2021’s We Are.

The musician previously won the Best Original Score Academy Award in 2020 for his collaboration with Trent Reznor and Atticus Ross for Soul, which also won this year’s Grammy for Best Soundtrack for Visual Media.