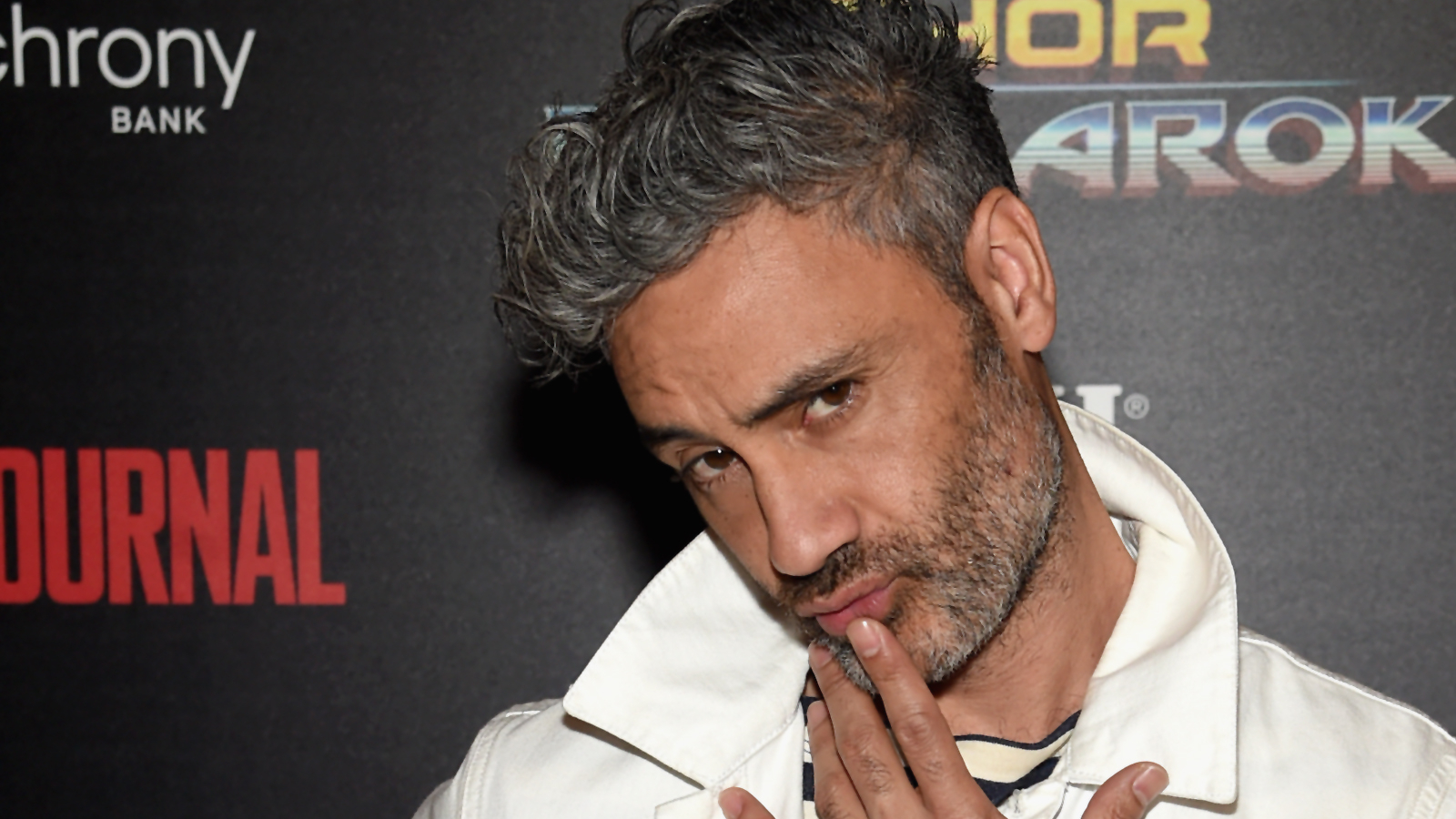 Oh, how the Thor: Love and Thunder posters are bringing us all immense joy. And we mean both the promotional variety posters, as well as those going on Twitter to post about the posters.

The new poster shows all the main players (except for Russell Crowe’s Zeus, apparently, unless he’s a flying ram?), including Christian Bale’s Gorr, looking a little like Emperor Palpatine.

First, we had an amazing and eventually proven to be unofficial poster teasing the movie released onto the web last December, complete with fans breaking down the artwork and choices by director Taika Waititi. Then the next day, Waititi, who knows how to eloquently and expertly play (with) an audience, confirmed two things — that the poster is badass and that it’s not real, but if he were the one directing the poster artwork for the movie, it’s the route he would have taken.

Remember this brilliance from six months ago?

Now, with a new, real, and official poster dropping today literally chock full of awesomeness, both are at it again.

And both the new poster and people’s responses are glorious.

With fans noticing that the new poster is just brimming with art and characters, Waititi chimed in again to comment that the poster is as far as they could go before it was too full of goodness/ridiculousness, saying that putting even one more thing on it would make “the film look a bit weird.”

So, leave it to Twitter to go ahead and take Waititi up on the proverbial challenge, mashing in even more onto the poster — whether it had something to do with the upcoming MCU movie or not.

We have the “Waititi-verse” version, with several characters from Waititi’s films appearing on the poster, including longtime collaborators and pals Jemaine Clement and Rhys Darby, along with Sam Neill and Julian Dennison from Hunt for the Wilderpeople, as well as Waititi himself and the cat from the “Woman yelling at a cat” meme:

Then there’s this crossover from all over poster, featuring Ryan Reynolds in Free Guy, Knuckles from Sonic the Hedgehog, Squidward from SpongeBob SquarePants, Spider-Man, and of course, being that this poster is some sort of multiverse, Elizabeth Olsen’s Scarlett Witch, among others:

The love for Waititi, and specifically his acting role as Korg, goes full-bore here:

Why not toss a Morbius in there for good measure, since we’re all (not really) awaiting his entrance to the larger MCU?

Of course, some saw right past the beauty of the poster and went for some nitpicking:

Let’s hope this leads to many, many more iterations — both real and fake — before the movie hits theaters on July 8.

If you want to take in a little more Thor, might as well hop over and (re)watch the equally amazing new trailer for Thor: Love and Thunder while you’re here, too.