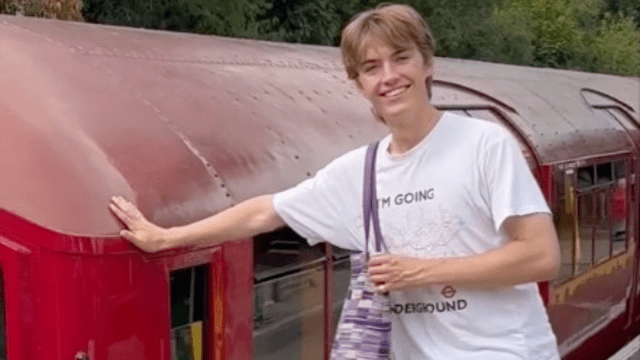 Breakout TikTok star Francis Bourgeois is taking his passion for trainspotting beyond the social media platform and ratcheting it up to a whole new level and a whole new audience in a digital series for British broadcast network Channel 4.

Bourgeois will be joined by a star-studded cast on his trainspotting journey, titled Trainspotting with Francis Bourgeois. The likes of rapper AJ Tracey, Premier League footballer Jesse Lingard, comedian Aisling Bea and Chloe Burrows of Love Island fame will all be making appearances over the course of the series, according to Variety.

Bourgeois had the following to say about the upcoming series:

“‘Trainspotting with Francis Bourgeois’ has been an absolute whirlwind. When I started making videos about my hobby I never thought anything like this would happen. It’s been totally surreal. Celebrities I’ve seen on TV, stages and sports stadiums, I’ve been able to take into my domain to show them how trains and all things mechanical engineering make me feel, hopefully making them feel something good too! Showcasing my passion in a way I have never been able to before, has been so liberating. Showing the ins and outs that make railway enthusiasm such a rollercoaster. I cannot wait to show you all!”

Trainspotting is a hobby activity for rail enthusiasts, a practice which involves simply watching out for trains and their unique characteristics.

For those unfamiliar with Bourgeois, he first started TikToking about his passion for trainspotting during the early days of the pandemic in 2020, and has since managed to grow his audience on the platform to over 2.6 million followers.