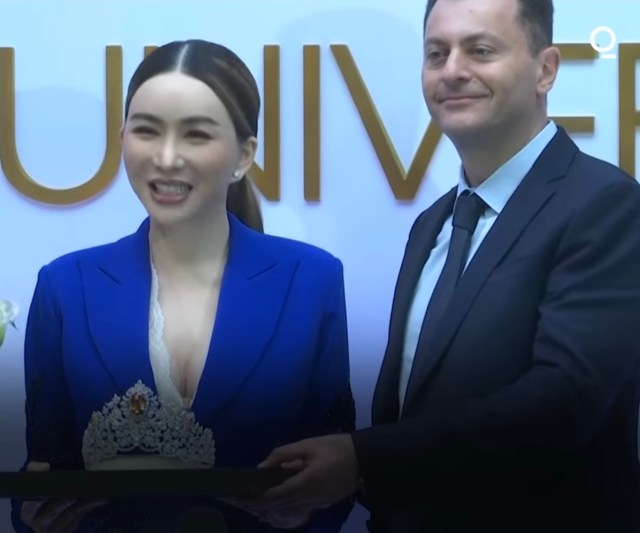 Thai transgender businesswoman with estimated worth of $170 million, and who appears on Thailand’s version of Shark Tank, has just purchased all rights to the Miss Universe pageant through her company, JKN Global Group Public Co. Ltd., for $20 million.

Known as Anne JKN, abbreviated from her full name, Jakapong “Anne” Jakrajutatip, has been one of the more popular figures on Thai television and on social media. She has been negotiating with IMG for the rights to the pageant for nearly one year.

Mss Universe was previously partly owned by Donald Trump, but he sold it to IMG in 2015. JKN has been negotiating with IGM for the rights to the pageant for nearly one year. The successful deal makes her the first woman to own the pageant in its 71-year history.

Her statement following the purchase was as follows:

“I want to continue the legacy of the pageant and provide a platform for passionate people from diverse backgrounds, cultures and traditions, also to evolve the brand for the next generation.”

Anne JKN graduated from Bond University in Australia after studying international relations, then earned a certificate in real estate development in Thailand, despite having initially dropped out of high school there after she was constantly bullied and sexually harassed at the all-male school she was forced to attend. Before heading to Australia, she worked at a gas station to make ends meet. Now she’s a regular television star in Thailand, even hosting Thailand’s version of Project Runway.

She has since spent approximately $1 million on gender affirmation surgery and other procedures. Her work in the transgender community has been significant, despite living in a country that has a poor record in regards to transgender rights. Many such activists have pointed out that despite Thailand implementing the 2015 Gender Equality Act, very little has changed.

Anne JKN will be immediately busy with Miss Universe, considering that the next pageant will take place on Jan 14, 2023, in New Orleans, where as many as 90 women will be competing for the title. It’s estimated that viewers from over 165 countries will be watching.

There have not been any announcements made yet as to whether any changes will be made at the upcoming pageant, however, considering the timeframe, it’s likely changes will not be made until 2024.