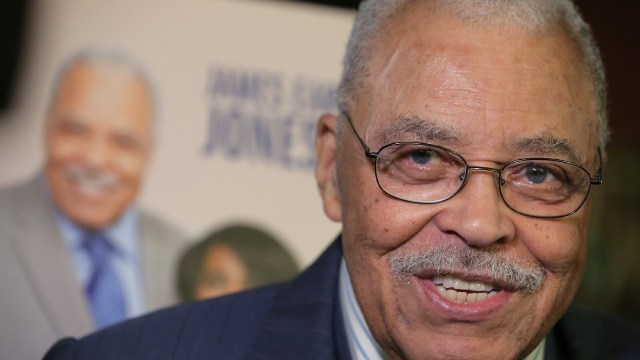 Beloved actor James Earl Jones is alive and well, nearest we can tell, but people nevertheless began to worry about the 91-year-old voice of Darth Vader when his name trended on Twitter again on Friday.

This isn’t the first time this has happened, either, as just last month people were stirred into a similar panic when the actor’s name trended on the social media platform, as well. Like in July, the source of Jones’ trending on Twitter appears to have originated from people simply expressing their affection for the actor.

The false alarm was enough for one Twitter user to demand the social media platform incorporate a context feature of some kind.

In terms of what made Jones trend again on Twitter in the first place, there appear to be multiple possibilities. For one, a resurfaced photo of the actor featuring him in an intimate and vulnerable pose from 1968 by Lawrence Schiller proved jaw-dropping to fans.

Yet another possibility is one movie fan’s assertion that Jones is the GOAT when it comes to being featured in some of the very best baseball movies of all time. “At the very least, it’s a tie” between him and Kevin Costner, the commentator wrote, while posting a collage of screengrabs from various movies.

Another reason Jones may be trending is because of a resurfaced interview clip of him in which the actor quite humbly talked about his iconic golden voice. Though Jones has one of cinema’s most memorable timbres, he revealed in the clip that he struggles with having a stutter and by no means puts his vocal talents on any kind of pedestal, as a result.

Yet another reason Jones may be in the cultural conversation is because the episode in which he appeared on Sesame Street has allegedly become “lost” due to HBO Max “purging their catalogue” on the streaming service, according to one Twitter user.

Yet another viral tweet may be responsible for bringing up Jones’ name into the conversation by humorously proposing somebody “do a dramatic reading” of an unsealed search warrant affidavit. Given current events, we can only assume this is in reference to the FBI’s recent raid of former president Donald Trump’s Florida home in Mar-a-Lago, of which a judge recently ordered the accompanying search warrant shall be released to the public, in a redacted form, according to CNN.

Many Twitter users unsurprisingly nominated Jones for such a duty.

Despite the tweet tickling some people’s funny bone, for others, the result of seeing Jones trending only served to raise their anxiety levels.

It was a relief for many to realize the trend was simply from people showing love for Jones.

However, it would be nice to not almost have a heart attack on a random Friday, as one Twitter user pointed out.

Only a well-placed Denzel Washington meme could summarize our feelings.