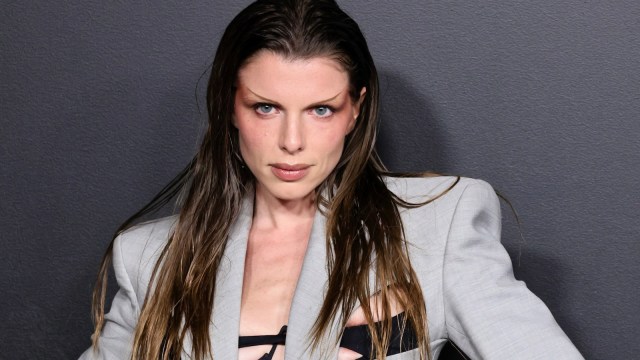 Actor and media icon Julia Fox‘s appearance on Ziwe went as predictably as could be with the Uncut Gems star, never one to hold her opinions back, fully opening up to host and fellow social media provocateur Ziwe Fumudoh with full candor on a variety of taboo subjects. Fox took the opportunity to drop a few bombshells, including the fact that she just may be done with men — at least for the time being.

Fumudoh quizzed Fox about the current state of her dating life in the wake of her breakup with the reigning King of Questionable Social Media Comments Kanye “Ye” West in February. Fox replied that she had not been dating and proclaimed all men as “equally horrible. When asked if she had ever considered dating women, she replied:

“I, like, I have been thinking a lot about it recently because I do think maybe I have some, you know, I have a gay bone and I need to explore that a little more. Like, maybe my ex-boyfriends weren’t wrong when they called me a lesbian and were complaining I never wanted to have sex with them”

Fox was previously married to private pilot Peter Artemiev from November 2018 to July 2020. The former couple has one son together. Fox was also rumored to be romantically involved with Rapper Drake shortly after the release of Uncut Gems but has stated that the pair were merely friends.

Fox began dating Ye in December of 2021 but despite a high media profile, things went South after he posted on Instagram and begged his ex-wife Kim Kardashian to reunite with him. Fox and West broke up on Valentine’s Day this year. Fox has never publicly dated any women.