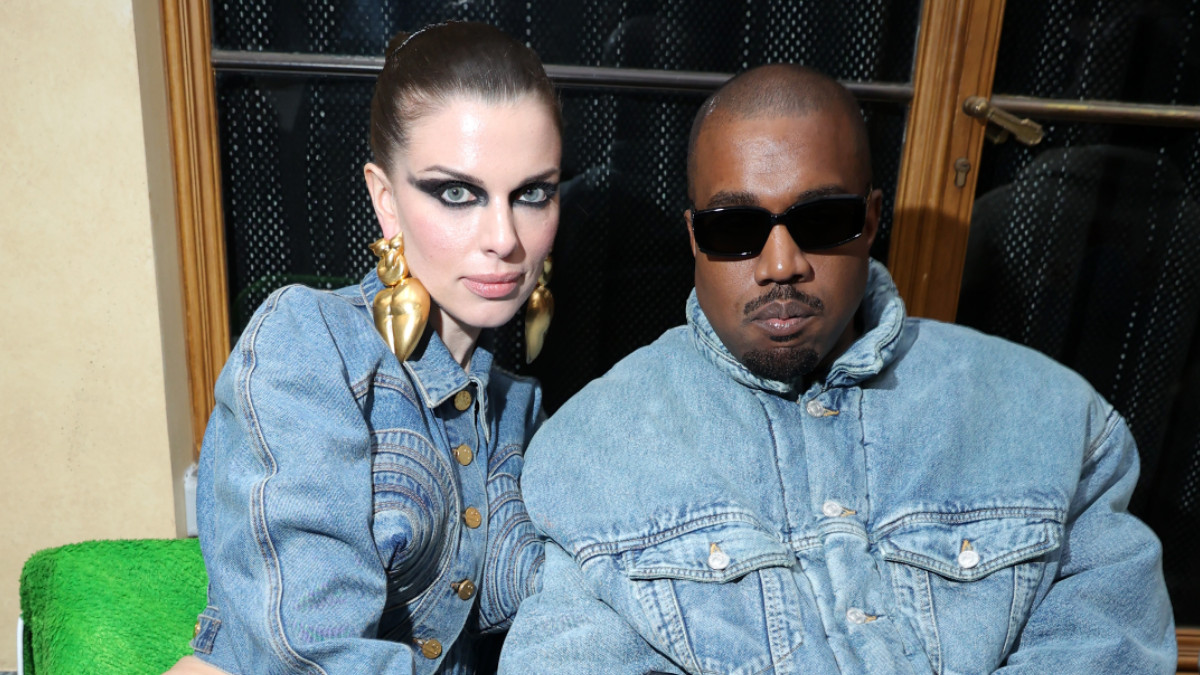 Kanye West and Julia Fox were too evolved for a relationship, apparently, because the couple has gone their separate ways after less than two months together. “Julia and Kanye remain good friends and collaborators, but they are no longer together,” a representative for the 32-year-old told Us Weekly on Monday.

The news hit just in time for Valentine’s Day after Ye spent the weekend making public pleas to his estranged wife Kim Kardashian while at the same time bashing her new boyfriend, Pete Davidson.

“I didnt wake up and fight for my family to trend over the Super Bowl but it happened,” the 44-year-old rapper wrote on Instagram in an all-caps rant on Sunday. “The Super Bowl brings families together — for everyone married hold your spouse close make sure they know how much you love and appreciate them because there’s a [Pete Davidson] lurking in every dirty ass alley waiting to help destroy your family and walk around in Calvin Klein around your children.”

“I wish my wife was with me and our children sitting at the 50 yard line,” he added, tagging Kardashian. “Always remember West was your biggest W.”

It seems as though the split must have happened abruptly because as of last Wednesday, Feb. 9, Fox seemed to indicate that everything was good between the two on an episode of her Call Her Daddy podcast. “I’m sure there’s still some sort of residual feelings,” the Uncut Gems star explained, of Ye’s continued obsession with getting his family back together. “It’s normal, it’s human, but I also know that he’s with me now and that’s all that matters.”

Shortly before the news broke, Fox responded to a Daily Mail headline claiming that she had “tearfully” jetted out of Los Angeles in the wake of her breakup with West, writing in an Instagram story that she “hasn’t cried since 1997.”

“Why not see me for what I am which is a #1 hustler,” Fox wrote in another Instagram story. “I came up yall and not only that but Kanye and I are on good terms! I have love for him but I wasn’t in love w the man Jesus Christ what do you guy think I am 12 years old?!”

After all, it would hardly stand to reason that Fox is broken up about the split. An accomplished model in her own right, Fox has been a fixture of New York City’s Lower East Side for the better part of a decade, according to a new profile in The Cut. If anything, dating Ye has probably just rocketed her career into the stratosphere — and she probably got to keep all the clothes, too. Not too bad for a few weeks in the spotlight.