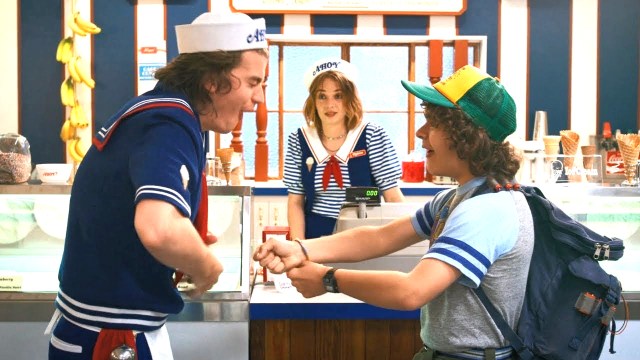 Despite living in a town that is constantly inundated with other dimensional monsters, destruction, and death, the Hawkins gang still manages to look out for one another and perpetrate acts of kindness.

Stranger Things has done a fantastic job of contrasting the show’s more dark and gruesome side with the relationships between its protagonists. Now, fans are celebrating the more wholesome moments of the series, those that keep them desperately rooting for a happy ending.

What the kids and adults alike have gone through over the course of the last four seasons is enough to send most people towards a psychiatric break, but the Hawkins gang still manages to find joy in and amongst the madness. Sure, some of the characters have been dealing with some dark thoughts, Max’s own depression and guilt were enough to land her on Vecna’s radar, but she still finds a way to fight back by remembering the good times.

The conversation started with a user posting an image from the first episode of season two. In this scene, the audience discovers that Eleven is still alive and is under the care of Chief Hopper. The two sit down to a very domestic dinner, a moment of normality for Eleven; who has either lived her life in a laboratory, on the run from said laboratory or fighting off monsters from another dimension.

Many agreed with the OP that this scene was just too fuzzy and warm to handle.

Though they had plenty of their own examples to add to the conversation as well. Many loved watching Eleven come out of her shell with the help of Max, just getting to be a normal teenage girl for once.

Nancy has proven herself to be a super strong character with a massive soft side which she utilizes when she sees poor Dustin get turned down at the Snow Ball.

Fallow that up with a line that would make anyone grin from ear to ear.

Jonathan and Will’s sibling relationship is so wholesome. Jonathan really looks out for his little brother, and not only accepts him, but makes sure Will knows that he is loved no matter what.

The scene of Robin coming out to Steve was not only humorous as Steve realizes just what Robin is saying, but it’s so affirming to see him instantly take it on board and support her. The continuation of this in season four is just perfection.

And of course, no one can forget one of the most wholesome relationships of the whole show; Steve and Dustin, who formed an unlikely alliance in season two which grew into one of the best on-screen friendships of all time.

As the stakes only get higher we are all wondering just how many of these wholesome moments we have left. Despite season five being the climatic final season, the Duffer brothers aren’t going to sacrifice the heart of the story, and that’s these characters and their relationships with one another.