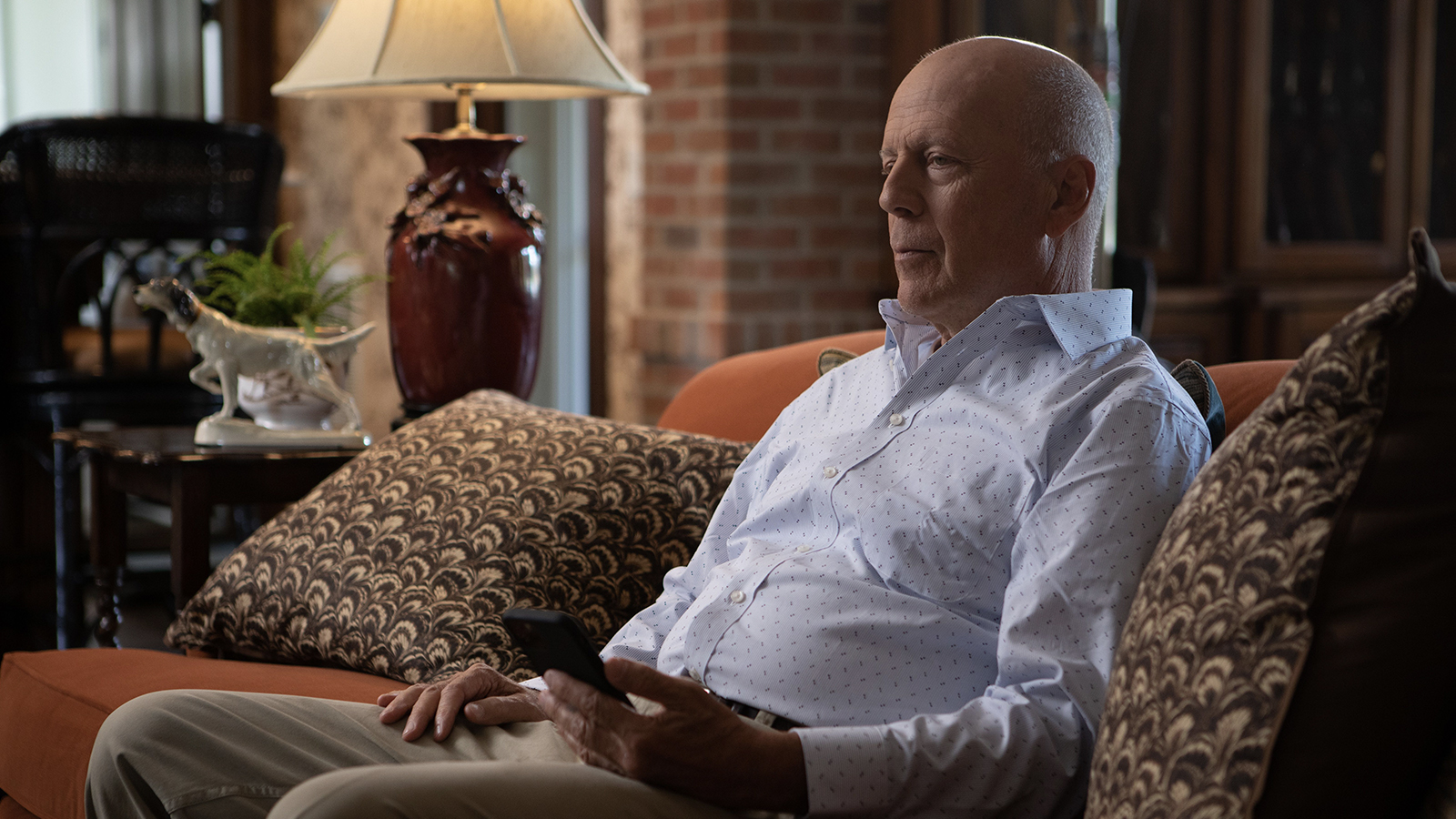 The family of film star Bruce Willis announced his retirement in March following a diagnosis of aphasia, a disorder that impacts the memory usually following a stroke. Willis had become notorious over the previous year for releasing a slate of quickie low-budget action films designed to make as much money for the actor as quickly as possible in as little amount of time. A trailer just dropped for the latest of these, White Elephant, which also features John Malkovich and Guardians of the Galaxy star Michael Rooker in its cast.

White Elephant stars Michael Rooker as a Marine-turned-hitman, but unlike the similarly-themed HBO series Barry, the story takes a serious turn when Rooker’s latest job for a ruthless mob boss (Willis) is witnessed by a pair of cops. The movie was written and directed by low budget action veteran Jesse V. Johnson, whose filmography includes 2019’s The Mercenary, about a legionnaire-turned-hitman whose latest job goes wrong, and 2018’s Accident Man, about a team of hitmen whose latest job goes wrong.

While this film may seem a step down for the Die Hard legend, it’s a great sign for fans of actor Rooker, who’s finally allowed to step up and headline an action film of his own. The actor has been putting in acclaimed work since starring in the titular role in the 1986 cult favorite Henry: Portrait of a Serial Killer. In the past decade he’s gained a wider audience for his work with Guardians director James Gunn. His next lead role will be as escaped convict “The Misfit” in a film adaptation of the Flannery O’Connor short story, “A Good Man is Hard to Find.”

Filming started on White Elephant in Georgia and Rochester, NY, in May of 2021, and it will be released in theatres and on AMC Plus on June 3, 2022.