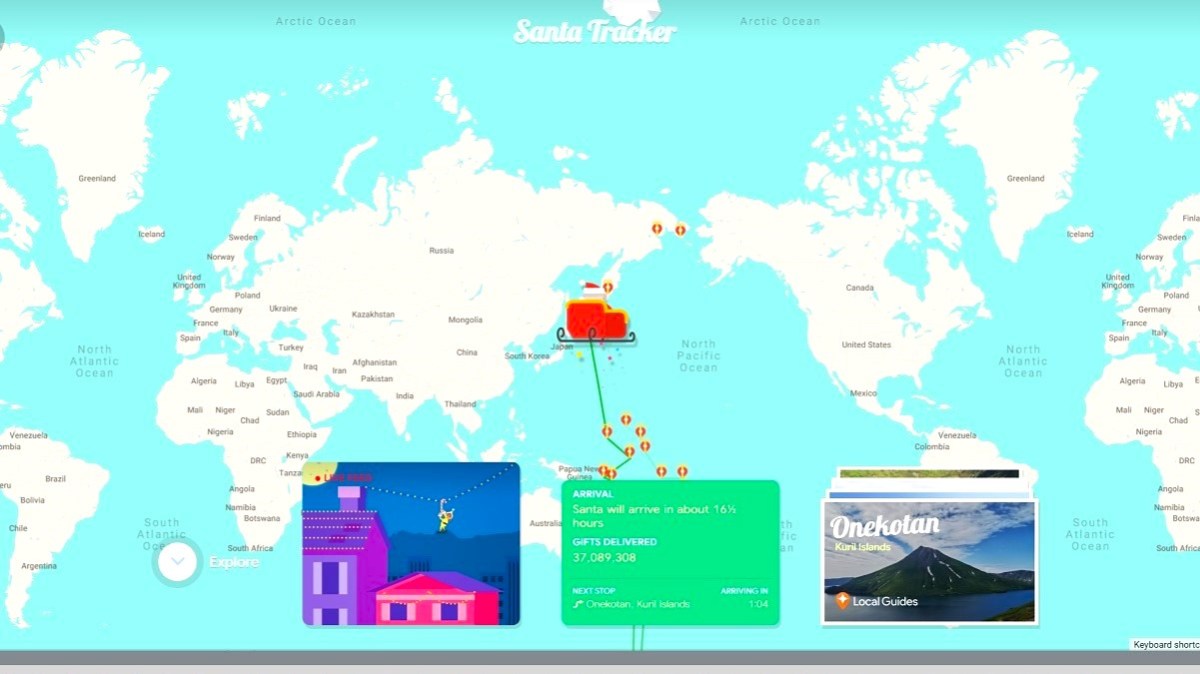 If we take time zones into account, Santa has about 31 hours to deliver joy to roughly 100 million children all over the world, which works out to about 900 visits per second. As if this wasn’t impressive enough, the ability of Rudolph and co. to absorb what’s no doubt thousands of metric tons of pressure brought on by the unthinkable acceleration of Santa’s sleigh makes the plight of Jolly Ol’ Saint Nicholas one of the most impressive in history.

Physics aside, it’s about that time for the children of the world to have more than a few starry-eyed thoughts about everyone’s favorite holiday hero. Thanks to NORAD, parents won’t have to perform the mental gymnastics that once came with fielding questions about Santa.

That’s right, the NORAD Santa Tracker is live once again.

The North American Aerospace Defense Command (NORAD) has taken the liberty of tracking Santa’s journey since 1958. With the internet having become what it is in the last few years, it’s only become easier to keep tabs on the trajectory of Santa’s sleigh of goodies.

The NORAD Santa Tracker website can be accessed here, while the tracker itself can be accessed by clicking the electronic map graphic in the top right corner, conveniently labeled “Start Tracking Santa Now.”

Alternatively, if you’re somehow averse to NORAD, you can also keep an eye on Santa’s journey using Google’s Santa Tracker. Complete with a livestream of questionable resolution and an additional tracker that keeps tabs on the number of gifts delivered, Google also gives you a rough estimate of when Santa will be making a stop at your chimney.

There may be a slight surrender of Christmas magic in telling your kids that Santa is in Indonesia or British Columbia rather than dreaming up your own explanations for the jolly red giant’s escapades. If nothing else, NORAD and Google have certainly saved us the risk of not having all of our Santa stories match up, lest we inadvertently shatter the illusion.