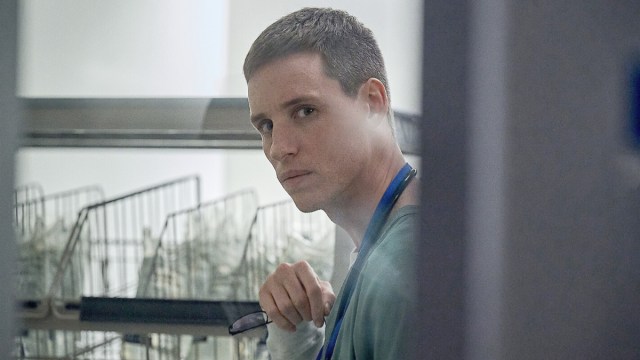 We think of hospitals as safe places. They are the places we go when we are the most vulnerable. We put our lives in the hands of others, believing their intent is to heal, but what if it isn’t? What happens when good medicine goes bad? Such is the case with one good nurse gone so wrong, as portrayed in Netflix’s newest hit movie based on a true story, The Good Nurse.

Netflix’s The Good Nurse has rocketed to the top of the charts as it explores the twisted tale of real-life serial killer Charlie Cullen and his 16-year killing spree. As they say, those who can heal can hurt, and that is certainly the case with this healer-turned-murderer. The movie follows the strange friendship that eventually led to Cullen’s demise.

When Cullen, played by Eddie Redmayne, begins a new job at a New Jersey hospital, he befriends his coworker Amy Loughren, played by Jessica Chastain. Loughren is a single mom struggling with health issues, so Cullen pitches in, helping with babysitting, easing her load at the hospital, and becoming her shoulder to cry on. Little did Loughren know just how many tears that friendship would elicit.

Before long, strange deaths begin occurring around the hospital including one that gains police interest, and Amy becomes suspicious. When she checks around at some of Cullen’s previous jobs, she realizes Cullen’s reputation proceeds him as other coworkers had questions about him too. As she begins to dig deeper she finds punctured IV bags meaning someone has been injecting them with something else. She works with the police to finally bring Cullen to justice. It is a strange and sordid tale, but the strangest thing part is that it’s true.

Amy is a real person who did experience a life-threatening medical condition that led her to befriend Charlie. She also played a critical role in helping the police gather enough evidence to put him away. Although she knew Charlie was most likely responsible for several deaths at their hospital, even she had no idea how deeply his crimes ran or how long this murderous plan had been going on.

It turned out that Charlie was responsible for 29 known deaths but was suspected of hundreds of others, 400 to be exact, earning him the title, “Angel of Death.” If this number is true, NJ.com reports, it would make him the “most prolific serial killer in history.” That’s more than Jeffery Dahmer, Ted Bundy, and John Wayne Gacy combined.

Cullen would inject insulin or various heart and other medicines into patients’ IV bags, some of which he administered himself, while others he left in storage, allowing unsuspecting coworkers to distribute. This method allowed Cullen to avoid suspicion initially as many patients weren’t dying when he was present. Cullen claimed the deaths were something of mercy killings, that he was only attempting to alleviate their pain and suffering. However, many of his victims were young with no terminal illness at all.

With a death count of 400, it begs the question, how did he get away with it for so long? Cullen was a nurse between the years 1998-2003 and worked in hospitals all over Pennsylvania and New Jersey. It turned out upon investigation, that each one had suspicions but then had simply laid him off for unrelated reasons, in essence passing the responsibility on to the next place he worked. In fact, according to Seventeen, he had been fired multiple times, had survived three suicide attempts, been placed on four psychiatric holds, and avoided at least four suspicious death investigations before finally being caught. All of this and he was still allowed back into hospitals.

Once Cullen was caught, he finally confessed. In order to avoid the death penalty, he pled guilty and received 11 consecutive life sentences. He is currently being held at New Jersey State Prison and won’t be eligible for parole until 2388.

While Cullen’s crimes were horrifying enough, what is possibly even more shocking is the culpability of the hospitals involved. They were aware he was a danger, yet he was allowed to continue working. It’s further proof that truth can be far more horrifying than fiction.