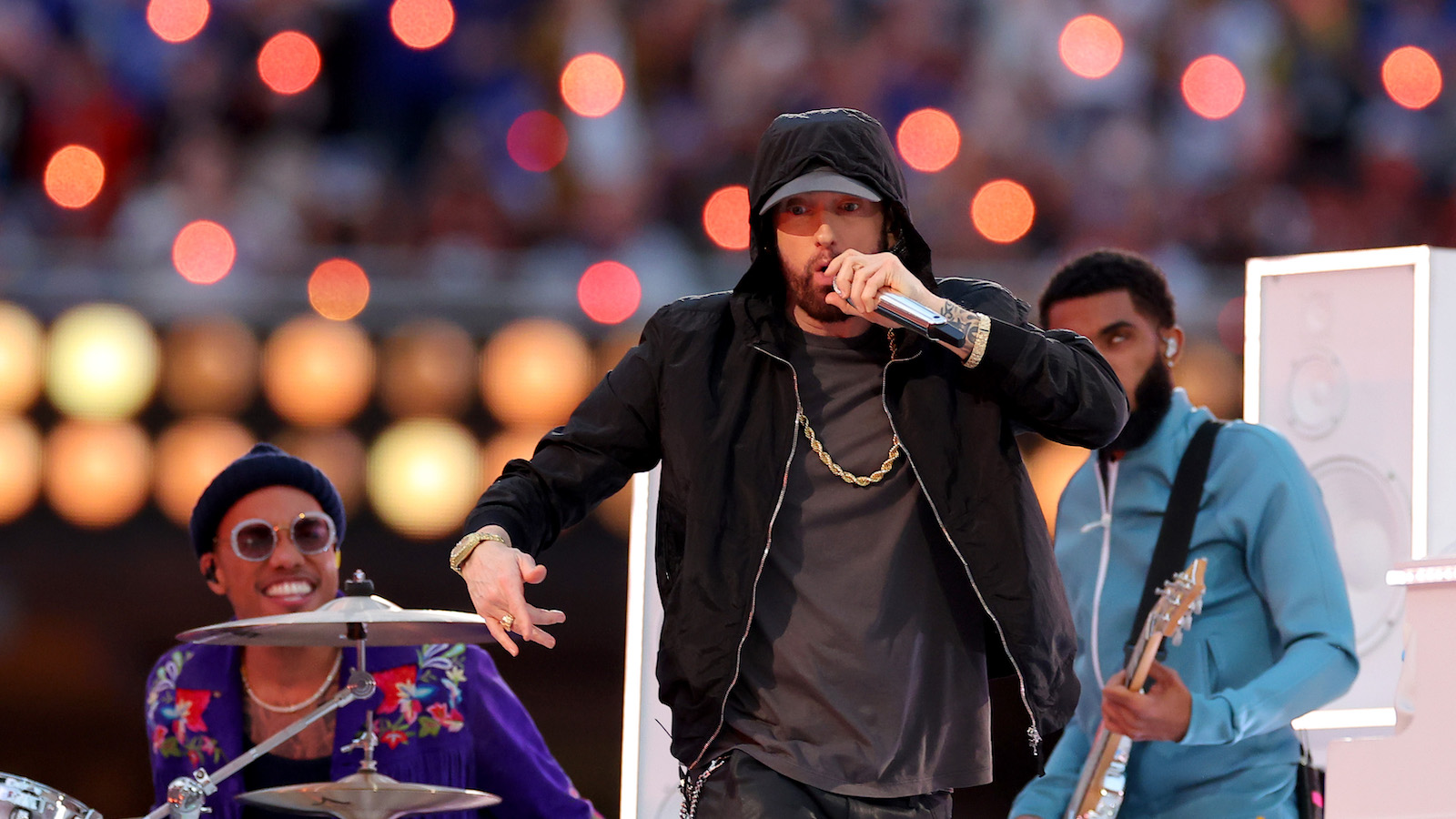 Right on the heels of her dad’s halftime performance at this year’s Super Bowl, Eminem‘s daughter Hailie Jade Mathers has shared another rare pic of her longtime flame, Evan McClintock. Mathers has kept her five-year-long relationship with McClintock under tight wraps ever since the couple first met and began dating in college.

The latest post shows a picture of the 25-year-olds kissing at sunset on a palm-lined street. It is captioned simply, “yesterday & everyday.” The photo of McClintock was shared to her own Instagram account, which is mostly populated, like most 25-year-olds’ feeds, by selfies. The last photo of McClintock showed up on the account thirty weeks ago in July. The July photo’s caption read, “I rarely share my feed, but when I do I’m happy it’s with you.” McClintock’s own Instagram account is set to private.

The Daily Mail first reported upon Mathers and McClintock’s relationship in 2018 during an exclusive interview with the young social media star. According to The Mail, Evan has been fully welcomed into her life by her family, including her superstar father, with one source explaining, “Hailie’s family have welcomed Evan, they are a fantastic young couple who love cozy nights in rather than hard partying.”

The pair both attended college at Michigan State University, where Mathers studied psychology and McClintock studied Economics. Both graduated in 2018. McClintock has since become an enterprise growth executive for the investigation management group, Scout. According to his Linkedin account, McClintock is “experienced in formulating digital investigative strategies and consulting on incident management. Primary focus in anti-counterfeit initiatives, occupational health and safety programs, and special investigation units,” Evan describes himself as a “strong business development professional.” The couple both reside in Michigan.

The pair’s relationship is remarkably different from Hailie’s parents’ own often toxic relationship. Eminem and Hailie’s mother met in high school and were in an off-again, on-again fiery relationship that saw them divorced, remarried, and divorced again. Mathers’ and McClintock’s relationship seems remarkably wholesome by comparison. McClintock is an avid golfer in his spare moments while Mathers tends to her burgeoning social media career that has gained her over a million followers on Instagram.

Hailie is Eminem’s only biological child, although he also shared custody of Hailie’s cousin, her half-sibling from a previous relationship, and his own half-brother, Nathan. Hailie described her relationship with her father to The Daily Mail as “very close.”