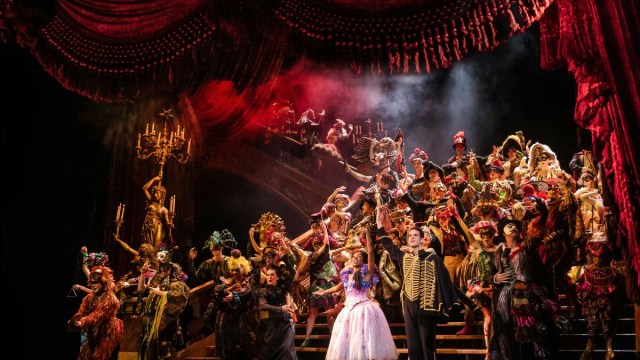 Matthew Murphy / The Phantom of the Opera

It’s a sad day for musical lovers as they are forced to come to terms with a recent news about an artistic and musical masterpiece coming to a conclusion. Yes, it’s true; after being in theatres for nearly 35 years, Broadway’s longest-running show, The Phantom of the Opera, will come to an end very soon, producers have announced.

It has been successfully running on Broadway since 1988 but will discontinue on Feb. 18, 2023. Based on Gaston Leroux’s horror novel of the same name, Andrew Lloyd Webber’s rendition focuses on the story of the Phantom who haunts the Paris Opera House and later falls in love with the soprano singer, Christine.

Not unlike the enterprises that require people to physically move out of their houses, the theatrical productions in the wake of the pandemic were severely hit, which explains why the popular Broadway show is ending so soon. As a result of the pandemic causing a lack of audience attendance, the show has lost its ability to generate profit.

The production earned nearly $867,997 on Sept. 11, which is still lagging behind some of the sought-after musicals like Funny Girl, Hamilton, Into the Woods, and The Lion King, as reported by Deadline. The ticket price for Phantom amounted to around $83 compared to Funny Girl and Hamilton which were $175 and $197, respectively.

The official declaration of the show’s ending was announced on its website last week.

“We are sad to confirm that after 35 years on Broadway, ‘Phantom’ will play its final performance at the Majestic Theatre on Saturday, Feb. 18, 2023. Tickets are currently on sale for performances through Jan. 22, 2023, and we expect the final block of tickets to be placed on sale shortly.”

With the return of Phantom to Broadway being still uncertain, Chicago stands as the reigning longest-running show, at least for now.