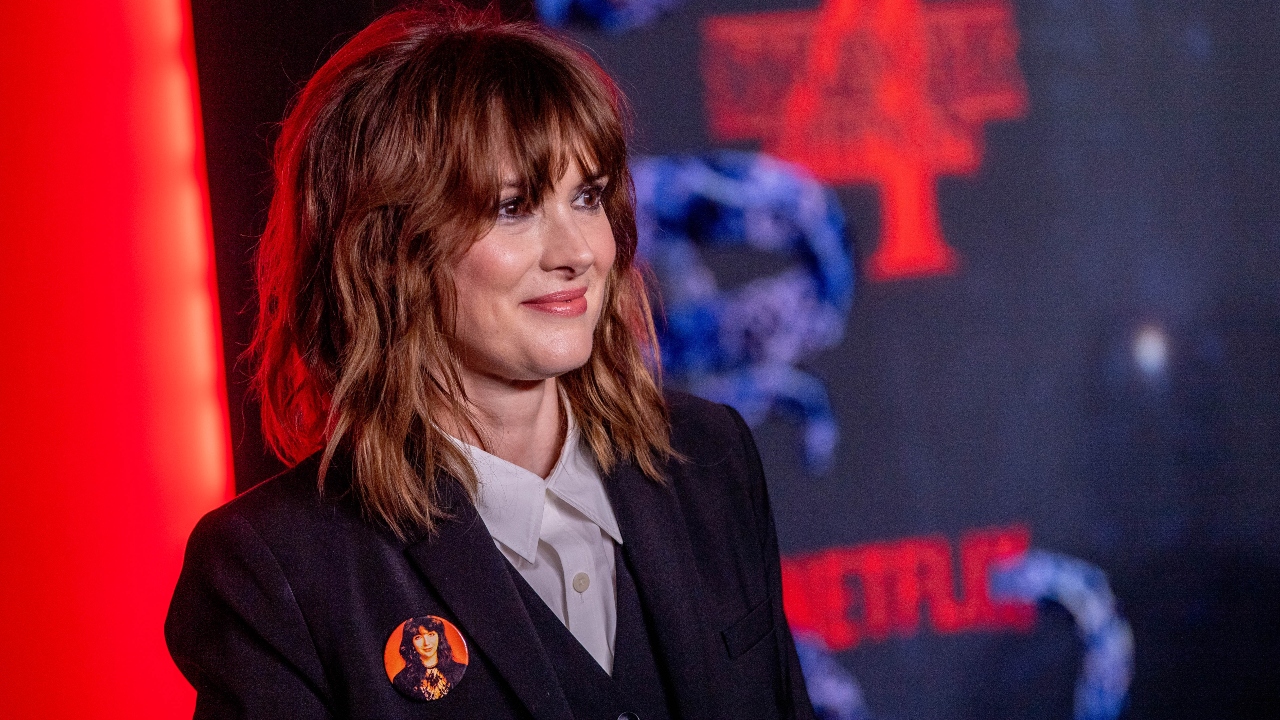 Stranger Things 4 has arrived on Netflix. After a three-year-long hiatus, Stranger Things fans can finally return to Hawkins for another gripping and heartbreaking season of the Netflix Original series.

Ryder, has had the great pleasure of watching the Stranger Things cast grow and improve over the years. Speaking to The Hollywood Reporter, she shared how proud she was to witness the Stranger Things youngsters find their feet in the professional industry, as well as the undeniable talent that each and every one of them possesses.

I have very, very mixed feelings about children in the industry — I was one — and I am just exceedingly proud of the kids that they are, and they’ve become. I remember saying to them, ‘The work is the reward. You’re doing it for this moment when we’re in the scene.’

And they got that right away, and they can remind me of that now sometimes when things can seem a bit overwhelming. There is a purity to kids that age, and there’s a real specialness there. These kids, in particular, just floor me at how kind and thoughtful and incredible they are.

Winona Ryder, who plays Joyce Byers, Will and Jonathan’s single mother, interacts with the younger cast members on a regular basis, namely Noah Schnapp (Will Byers), with whom she shares many heart-wrenching scenes. When Stranger Things first aired, Millie Bobby Brown was just 12-years-old while Gaten Matarazzo, Caleb McLoughlan, and Finn Wolfhard were ranging between 13 and 14. Noah Schnapp was one of the younger cast members at just 11-years-old. Now, as Stranger Things enters its penultimate season, Bobby Brown is 18, Matarazzo is 19, McLaughlin is 20 Wolfhard is 19 and Schnapp is 17.

When we last left Hawkins, the Mind Flayer had crossed over from the Upside Down and assembled an army to invade the Starcourt Mall on the hunt for Eleven. Meanwhile, Joyce, Hopper and Murray were seeking to infiltrate a secret Russian research lab built underneath the mall, hoping to destroy the technology that re-opened the Upside Down portal. Eventually, the Mind Flayer was defeated and Will, Eleven, Joyce and Jonathan relocated to California after Hopper was presumed dead.

Stranger Things 4 promises to explore more about Eleven’s backstory and follow the Hawkins kids as they navigate their later teen years. Additionally, a new monster named Vecna threatens the safety of the small-town residents. Ever since the series premiered in 2016, the main cast has been nominated for three Screen Actors Guild Award for Outstanding Performance by an Ensemble in a Drama Series nominations, one of which they won in 2017. There’s no denying that these pint-sized actors (no so little anymore) have brought the heart and soul to the Duffer Brothers’ global sensation.

Stranger Things 4 Vol 1 is out now on Netflix.