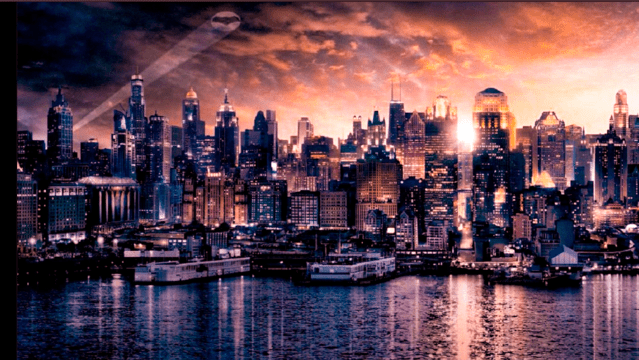 Would you be willing to live in a major metropolitan city on the Eastern seaboard in an apartment that only charges $300 a month for rent? What if it was Gotham City? Home of Batman, Arkham Asylum, The Joker, Two-Face, The Riddler, and the occasional nigh-apocalyptic earthquake?

Twitter user helfirebyers asked her followers if they’d accept the risks of living in Batman’s home base of Gotham City, a town that attracts a type of person, and criminal, who is colorful, to say the least. Given the dense population of supervillains, the presence of the most notorious institute for the criminally insane in all of fiction, and the fact that the entire city seems to be threatened with near annihilation at least every other movie or so, most fans gave answers that read like a listicle of “Reasons to Not Move to Gotham (besides the fact that it’s in Jersey).”

User Big Stepper replied that he expected the law that does get enforced in Gotham might be a little draconian.

A tweeter named JJ brought up the fact that “bystander” means something a whole lot weirder in Gotham.

Of course, some users were willing to take the risks. A $300 three-bedroom might be enough to put up with occasional dealings with The Joker. Throw in rent control and some folks would probably let Darkseid sleep on their couch.

Of course, you can’t really know who you might run into when you live in the same town as the world’s most popular angry sadboy superhero. Some of his enemies can show up in the darnedest places. Hopefully, your HMO has a lot of options when it comes to therapists.