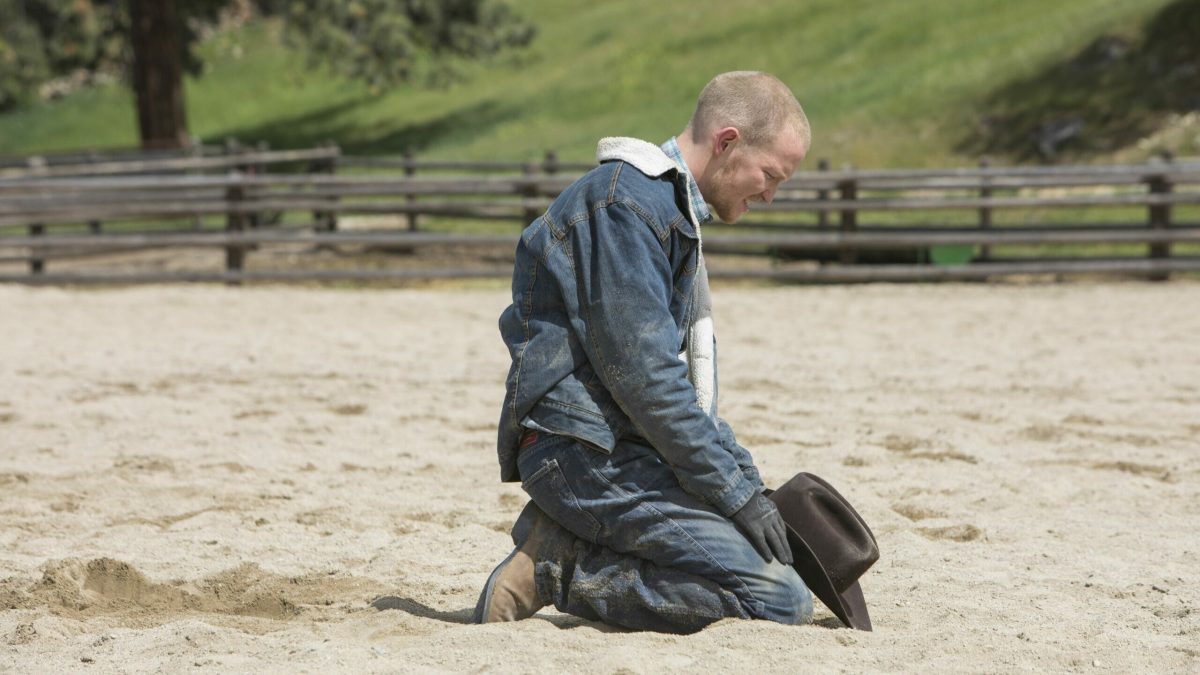 Taylor Sheridan is continuing to expand upon the Yellowstone story. With one success after another, there’s no time like the present to talk about one of the show’s upcoming spinoffs: 6666. The series title is a working title for now, but the ranch it’s taking place at is authentic.

The Four Sixes ranch in Texas is an integral part of the cowboy experience, which makes it the prime location to tell more of the story Sheridan breathes life into so masterfully. A cowboy himself, Sheridan knows a thing or two about the necessary pieces of the puzzle to craft an exciting tale.

With Sheridan planning an entire universe around Yellowstone and the Dutton family, there’s no surprise that a spinoff is in the works, especially dealing with a location that has been prominently featured in Yellowstone. Kevin Costner’s John Dutton sends Jimmy Hurdstrom to the 6666 Ranch in season four of Yellowstone so that he can learn how to be a proper cowboy and to value a hard day’s work. Viewers were taken to the ranch alongside Jimmy to get a taste of what he was in for, and it was an incredibly interesting experience.

So just where is the 6666 Ranch, what does it have to do with Yellowstone, and who should we expect to see in the spinoff? We’re answering all of your burning questions below.

Why is Yellowstone getting a spinoff in Texas?

The heart of the Yellowstone universe exists in the cowboy way of living and all of the ups and downs that come along with it. It’s beautiful work, but it’s hard too. The cowboys are tough, gritty, and full of spirit as they live and breathe everything ranch related. They rise when the sun comes up, and they go to sleep long after it’s set; it’s as natural as breathing for them, all in a hard day’s work.

While they might be playing a role in the series, several people on Yellowstone have a background in cowboying and ranch work, and Sheridan will follow the same suit when he casts and creates 6666. There’s such honesty and vulnerability in the shows that Sheridan writes about because these people live it, and if they didn’t before — they do once they meet him. Sheridan sets up cowboy camp before each new series and season, and it’s an immersive experience in everything western.

So it only makes sense for him to expand the universe with another series, especially at a ranch he owns. That’s right, as reported by Horsey Hooves, Sheridan and a group of investors purchased the Four Sixes Ranch in 2021. Sheridan is truly living the life of a cowboy, and bringing that work to Texas will be a meaningful experience for himself and his loved ones.

Jefferson White, who has already worked on the 6666 Ranch, says it’s incredible because of its authenticity. Speaking to Entertainment Tonight, he explains his joy in people seeing what they’ll bring to the table.

With the prequels for Yellowstone obviously existing in decades past, it’ll be interesting to see a continuing story of the Dutton family and their ranch hands now as they explore other pastures.

The Dutton family is incredibly knowledgeable in ranching, cowboying, and trips to the train station, thanks to Taylor Sheridan. He’s expanding upon an important story as he crafts each twist and turn of the Dutton family story, and the new spinoff, 6666, will continue doing just that.

He’s also telling a story about what it means to be a true cowboy in today’s world, and there’s no better place to do that than the 6666 Ranch in Texas, renowned for training up the best in the cowboy circuit.

Paramount Plus shared the following synopsis for the upcoming spinoff:

“Founded when Comanches still ruled West Texas, no ranch in America is more steeped in the history of the West than the 6666. Still operating as it did two centuries before and encompassing an entire county, the 6666 is where the rule of law and the laws of nature merge in a place where the most dangerous thing one does is the next thing…The 6666 is synonymous with the merciless endeavor to raise the finest horses and livestock in the world, and ultimately where world-class cowboys are born and made.”

World-class cowboys and drama on the horizon? You know Yellowstone fans can’t turn away from that.

As we said above, Jefferson White will almost absolutely continue starring as Jimmy in the 6666 Ranch spinoff. Likely, we’ll also see more of Kathryn Kelly’s Emily, too. While Jimmy’s time at the ranch didn’t revolve around romance, it’s something that fell into place as he started on the route to becoming a man he could be proud of.

Emily and Jimmy have a relationship that fans love, and it doesn’t feel like it’s going to hinder who Jimmy is; in fact — she enhances him. Emily brings out the best in Jimmy and vice versa; his humor and carefree nature are just what Emily needs, and she’s what he was searching for as a grounding force.

Since Jimmy still hasn’t made his return to the Yellowstone Dutton Ranch, fans believe we’ll see Jimmy and Emily in the spinoff — at least in some capacity.

Other actors we might see in 6666 include Barry Corbin, who we saw in an episode of Yellowstone’s fourth season as a cowboy offering advice to Jimmy. Alongside Corbin was the late Buster Welch, who passed in June of 2022; we’re sure his legacy will be felt when the series kicks off. Welch isn’t just an actor who picked up a role in the series; he was a faithful and lifelong cowboy who inspired people worldwide.

Taylor Sheridan will likely appear in the series, even as a guest star, and we may see some of the ranch hands from Yellowstone if they visit Jimmy.

While fans know that the prequel to Yellowstone, 1923, will begin streaming on Paramount Plus on Dec. 18, there’s no release date for the spinoff just yet. Fans can conclude that the spinoff will debut in 2023 to continue telling the story of the Dutton family, their ranch hands, and those with ties to the Yellowstone ranch.

Both 1883 and 1923 have debut dates around mid-December, but with 6666 being a spinoff and not a prequel, it might start a new streaming timeline for other spinoffs to fall in line with. According to Parade, it was revealed back in February of this year that the series was still very much in a development phase.

While Jimmy has been missing from the Yellowstone ranch, it’s clear that he’s putting in work at the 6666 Ranch. When we join the series, we’ll likely get a fresh set of eyes on what he’s been up to in his time there, including becoming a world-class cowboy and finally discovering a place where his hard work is paying off.

Until 6666 debuts, you can catch up with 1883 and Yellowstone now, and don’t forget to keep up with 1923 when it begins streaming on Dec. 18. The Dutton family story is expanding more by the moment, and we can’t wait to see where it leads us.