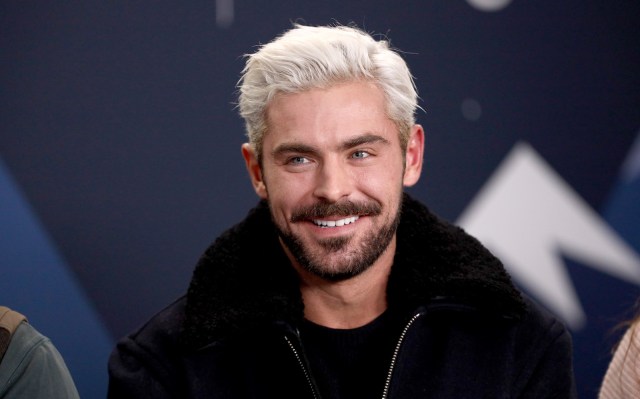 Zac Efron‘s appearance has been scrutinized ever since his career-transforming performance in Disney Channel’s High School Musical trilogy, as every teenage girl (or boy) of the time’s main crush Troy Bolton. Recently, however, it has reached problematic proportions after the actor’s face features visibly changed, which instantly led to public speculation and rumors.

Now, the actor, who is currently promoting his newest movie The Greatest Beer Run Ever, directed by Green Book‘s Peter Farrelly, is directly addressing the issue. “It was funny. It sucks. I almost died, but we’re good,” Efron told Entertainment Tonight in an exclusive exchange.

Efron told the outlet it was actually his mom that told him about the conversation surrounding his appearance, since he doesn’t usually care about what the internet has to say. However, once the comments started to point towards plastic surgery, he felt it was time to address them.

The 34 year-old actor was trying to keep the mood light, but a comment by co-star Farrelly joking about how “if he was going to get plastic surgery he wouldn’t get that,” in reference to his jaw, forced the interviewer to intervene by complementing Efron’s features. “Pete, you’re just stirring the pot,” ET’s Rachel Smith joked.

Whether or not it was all in good fun, the fact remains that Efron suffered an extremely painful injury when he slipped and broke his chin at home. He told Men’s Health earlier this month that after the incident he “lost consciousness, and when he woke up, his chin bone was hanging off his face.”

Although unclear, the incident mentioned in the Men’s Health article, which has sprung a whole new wave of chatter around Efron’s looks, is likely the same incident that was reported back in 2013 by E!. According to the report, Efron slipped in a puddle of water in his L.A. home and broke his jaw, which was then wired shut.

Efron told Men’s Health he paused the physical therapy that helped him mediate the consequences of his injury when he moved to Australia for a sabbatical during the pandemic. As a result, the masseter muscles in his face, used for chewing, eventually overgrew. “They just got really, really big,” he told the magazine.

In the same interview, the actor also opened up about falling into deep depression after rigorously dieting and exercising in preparation for his role in 2017’s Baywatch, which just goes to prove that the internet’s obsession with his looks needs to stop, as it’s not doing anyone any good.