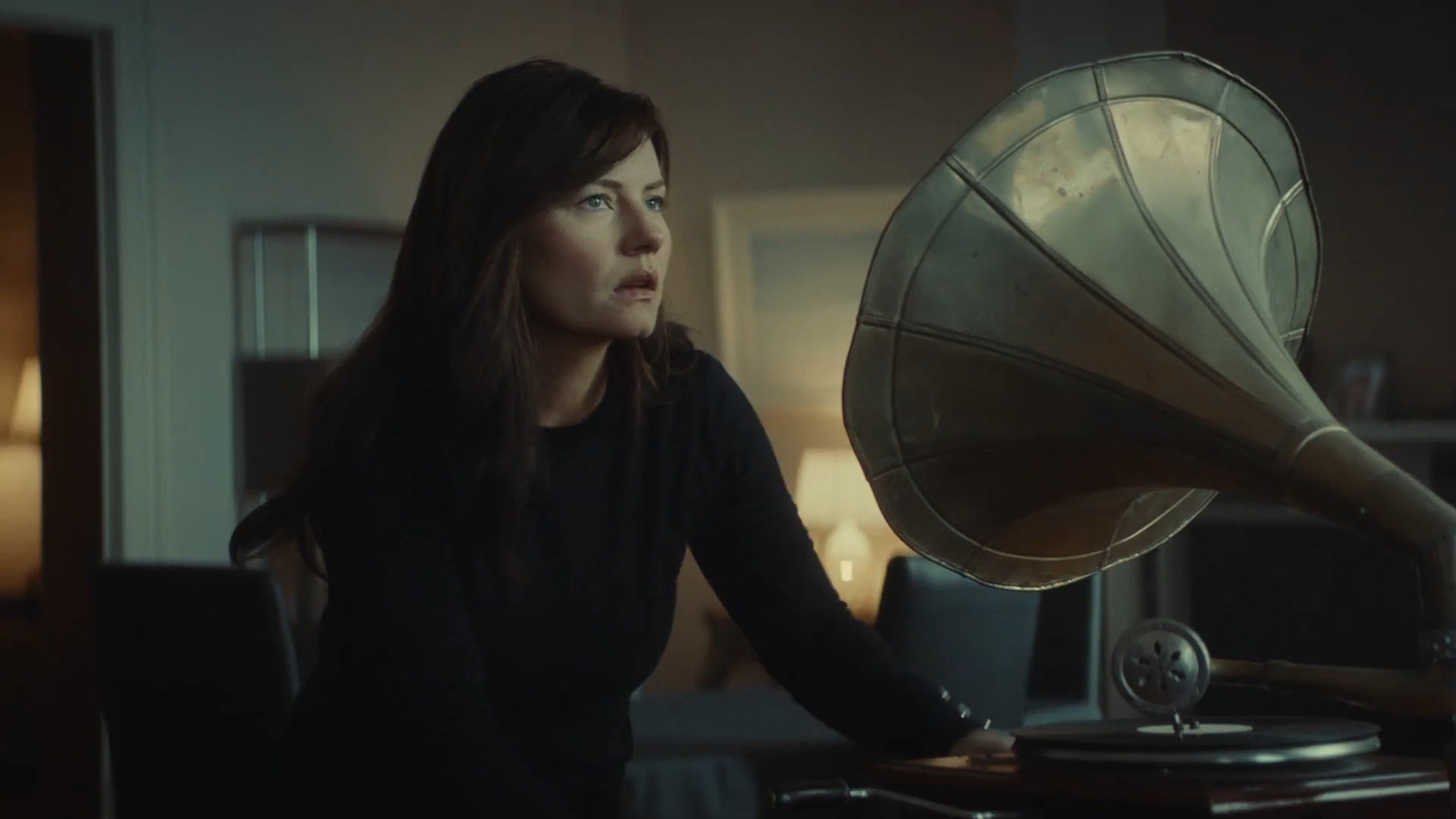 Image via Shudder/RLJE Films
Review of:

What happens when you take the classic tropes of haunted house horror (a family moves into a creepy house, and everything falls apart) and add in the terror of math? You might get something like The Cellar, written and directed by Brendan Muldowney. In this movie, the Woods family has to contend with disappearing daughters, unexplained phenomena, and a potential portal to another dimension.

The Cellar, which is available to stream via Shudder, doesn’t waste much of its 94-minute runtime, but ultimately the first half feels like a retread of moments and ideas the genre has given us before. For a moment, I couldn’t parse what was different here from (or better than) previous iterations of similar stories —  aside from the math formulas that are engraved into the house. There are some highlights in this first half, namely the committed performances of the cast (Eoin Macken as husband and father Brian Woods is doing lovely work with what he’s given) as well as the production and audio design, which makes the titular cellar even creepier than you’d think possible.

There are also missteps — first in the writing of the teenage daughter that goes missing and sets the plot into motion, Ellie Woods (Abby Fitz). Being cast as the angsty teen in a horror movie is already a tough gig, and Fitz does well with what she’s given, but I couldn’t help but feel like her character was all surface level. It’s hard to hear dialogue like, “You know nothing about me, MOM,” without feeling like the movie doesn’t care enough about Ellie to get to know her beyond this shorthand. There were plenty of opportunities to go deeper —  namely when it’s revealed that Ellie had been cyberbullied before her disappearance, but the movie decides to take its concerns elsewhere for the remainder of the runtime.

Similarly, Elisha Cuthbert as Keira Woods (Ellie’s mom) gets no deeper character development either. She goes from mildly concerned parent to desperately concerned parent with little believability. How can the mother-daughter relationship be convincingly complicated when we only get a scene or so with them together (with little warmth) before Ellie marches down the cellar while on the phone with Keira to never return? The movie would have benefited from even a line or two to showcase some kind of affection or deeper inner-life between the two before shuffling the story along. The end result is that Keira’s motivations to find Ellie feel more like they’re out of obligation than familial love. Keira tries to do her best to convince her husband that there is something more sinister at work in their home but ends up being dismissed like many of the women in haunted house stories before her. Cuthbert, like Fitz as Ellie, is doing her best to demonstrate everything Keira is dealing with throughout the film, but her character is written almost as surface-level as Ellie’s.

It isn’t until desperate mom Keira meets with an accidental genius at a mathematics department in the local university that the movie really starts to take off. Dr. Fournet (Aaron Monaghan, wonderful and woefully underused) takes a look at the formulas that Keira presents him with and concludes that they come from a kind of math used by alchemists in the 12th century. The formula sitting menacingly at the bottom of the cellar staircase of the Woods’ home, specifically, reads like an unfinished incantation. Eventually, Dr. Fournet tells Keira that the same formula has popped up in yet ANOTHER house —  this time in Belgium.

Once it’s revealed that this alchemical math might be opening up portals to hell, The Cellar hits its full stride and turns into something more ambitious and silly than you’d expect. The whole affair goes to hell in the best way possible. If the first half of the movie is underwhelming and a bit of a slow burn, its second half picks up the pace and almost saves the whole thing within its final 15 minutes. If you stick with it, The Cellar performs a kind of alchemy on screen: turning from a staid haunted house movie into a haunted house movie with a real sense of ambition and fun. I just wish it had more interest in its female leads.