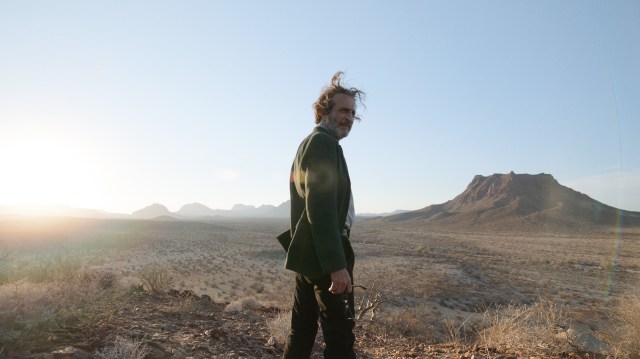 Image via Netflix
Review of: LFF Review: 'Bardo' is an inspirational piece of cinema

Alejandro González Iñárritu has conjured something majestic in his latest cinematic offering. 'Bardo, False Chronicle of a Handful of Truths' will burrow beneath the skin of audiences and live on long after those closing credits roll. This is masterful stuff, destined to be ordained a classic by generations to come.

Bardo, False Chronicle of a Handful of Truths is no easier to explain than some will find it to say.

Multi-time Academy Award-winning writer, director, and producer Alejandro González Iñárritu has always created visually exquisite cinematic experiences, which sought to challenge the boundaries of film in their fearlessness. From Birdman or (The Unexpected Virtue of Ignorance) through to The Revenant – which finally garnered Leonardo DiCaprio an Oscar – the filmmaker has always sought to push the envelope.

With his latest offering, Iñárritu has now made something which almost defies description. Narratively free-flowing in its structure and storytelling, Bardo follows Silverio (Daniel Gimenez Cacho) through a series of sensory experiences, which will cinematically challenge audiences.

He is joined on this journey by his wife Lucia (Griselda Siciliani), daughter Camila (Ximena Lamadrid) and son Lorenzo (Iker Sanchez Solano), who all feature fleeting in this existential journey into self. From impromptu marching bands to semi-submerged subway cars filled with fish plowing up suburban streets, Bardo goes large on visual metaphor, while leaving audiences to build their own narrative.

Director of photography Darius Khondji, who has worked on Uncut Gems and Se7en amongst others, really goes off the chain over two hours and 40 minutes capturing this visionary madness on screen. Where The Revenant was glacial landscapes, freezing exterior shots, and detailed survivalist cinema – Bardo feels like a silver screen acid trip both terrifying and audacious in its ambition.

At the center of this maelstrom is Cacho’s performance, which feels textured and triumphant in a way that demands some Oscar attention. The actor is so free-spirited throughout this film, that at times the camera merely observes, while this force of nature almost acts on impulse as he switches between poignant parental figure and unfettered central protagonist on a dime – open to every experience irrespective of origin.

As the film opens, audiences are floating free over a fast-moving desert scrubland. Beneath them the ground whips by as a silhouette reflection is captured in direct sunlight, propelled by unseen forces accompanied only by heavy breathing. Shocking metaphorical images follow which incorporate a poignant central theme focusing on family, before Bardo jackknifes off in another direction. This visual divergence not only challenges the medium, but wreaks havoc with sound design as well.

Bardo is a joyous wish-fulfillment on film, where Iñárritu has sidestepped expectations and given audiences something of infinite depth. From the loss of a child communicated through an outlandish birthing scene, through to complete creative abandon as offered up in a pivotal dance hall moment – this film openly celebrates life.

As with Birdman and The Revenant, there are downsides to this much visual excess. On occasion, Bardo does slow down and get bogged down by its own inventive impulses. Although Iñárritu may play around with notions of internal and external dialogue, as well as introducing elements of satire into his film, the scattershot approach can prove quite demanding on an audience.

However, by combining cinematic elements drawn from previous films, Iñárritu creates a genuinely inspiring experience which often defies description – one which brings together the auto-biographical elements of a life defined through film, family, love and loss. A movie that seemingly sidesteps narrative conventions, by submerging audiences inside the mind of a visionary director at the peak of his powers.

There may be some detractors who say that Bardo is the equivalent of a late period Jackson Pollock, which chooses to distract audiences with risqué visual choices in order to disguise shortcomings elsewhere. In defense of the film, it is impossible to judge the quality onscreen by employing conventional techniques. As with his much-lauded Oscar winner Birdman, Iñárritu deals with intangibles here that lean into an examination of the creative process, using his cinematic alter-ego as a means of personal expression.

Just as Woody Allen channeled his neurosis through actors over the years, so Iñárritu does exactly the same here with Cacho. Bardo encapsulates all his artistic endeavors, all his cultural concerns and most importantly every human emotion he can muster for audiences. It is and will remain a stupendous achievement in cinema – one which will serve as both a testament and inspiration to the legions of filmmakers that follow.

LFF Review: 'Bardo' is an inspirational piece of cinema

Alejandro González Iñárritu has conjured something majestic in his latest cinematic offering. 'Bardo, False Chronicle of a Handful of Truths' will burrow beneath the skin of audiences and live on long after those closing credits roll. This is masterful stuff, destined to be ordained a classic by generations to come.