MLB The Show 22 remains the sport's one true constant, and some fresh tweaks to existing modes, along with a much-welcomed gameplay addition, prove the game can only get better year after year, even with some features being mysteriously omitted at launch. 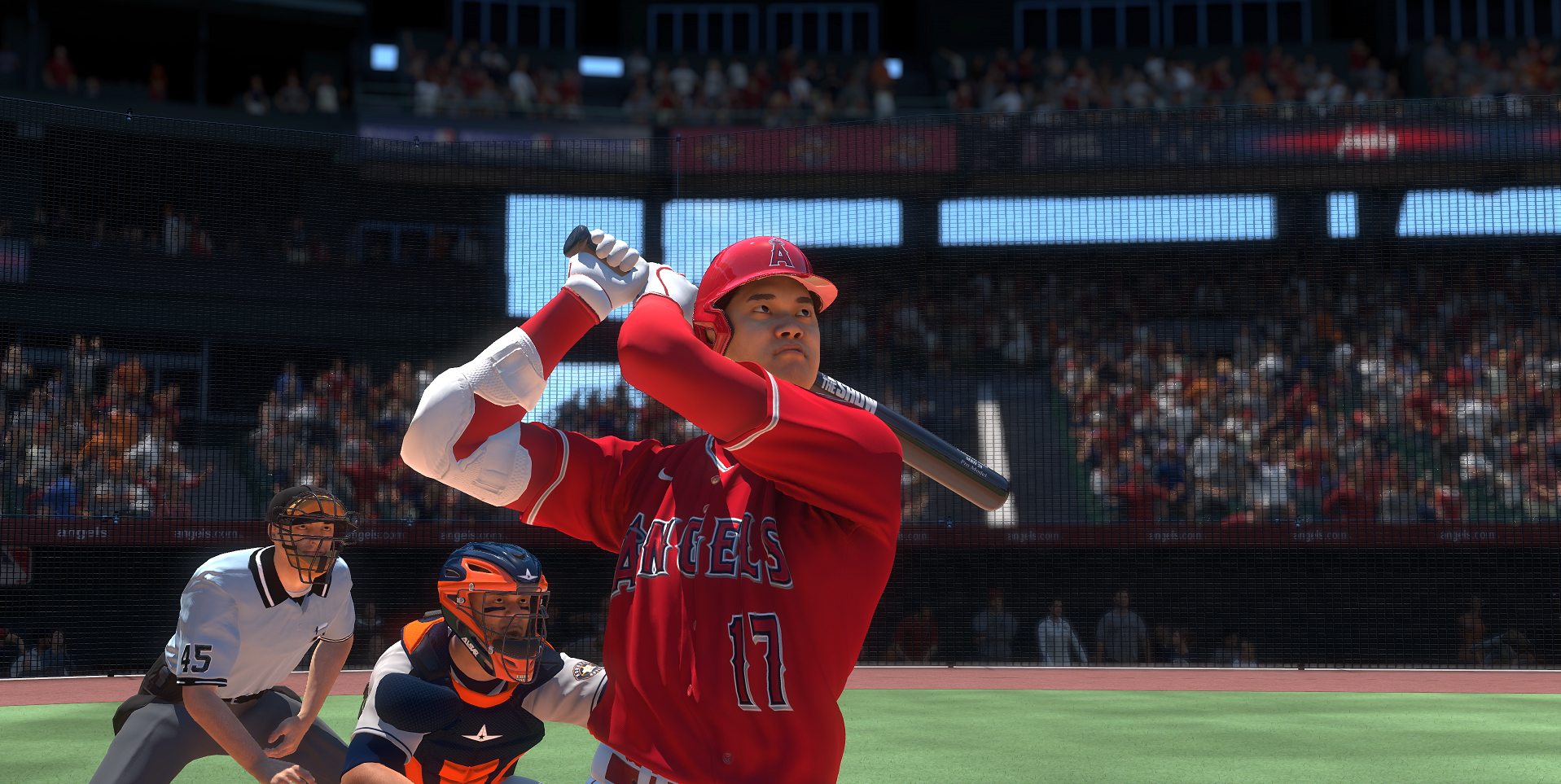 For the third year in a row, the Major League Baseball season was affected by off-the-field issues. In 2020, COVID wreaked havoc on the season, and in 2021, the league was still dealing with the virus and its ramifications. In 2022, a lockout by owners delayed spring training and put the start of the season into question. And through it all — and to borrow a phrase from Field of Dreams — the one constant has always been MLB The Show. Through viruses and executive-level labor strife, the long-time game franchise has kept the baseball fires burning, and MLB The Show 22 continues that streak, making fans forget that we lost two weeks of spring training and started the season a week late. For good or bad, at least we had some baseball until the real league figured it out.

MLB The Show 22 doesn’t try to change too much this year — at least not in the sense of something new. Developer San Diego Studio has made some general tweaks to the gameplay, but nothing earth-shattering. On the flip side, the game removed some beloved ancillary modes — and my name (more on that later) — and the end product comes up a bit short when considered holistically.

San Diego Studio didn’t try and fix what wasn’t broken in terms of gameplay. This is still the best baseball simulation ever, and it looks just as good as ever. Where the issues come up (other than the usual launch bugs that will likely be addressed in near-weekly updates) is in the loss of Diamond Dynasty objectives.

MLB The Show has always stocked Diamond Dynasty with team-specific objectives that honor each squad’s history and more. Sadly, they are missing at launch and while they may come back in a later update (San Diego Studio is amazing with the support they give the game all year long), to start off, the lack of these objectives means there’s less to do aside from core Diamond Dynasty play, and Road to the Show, Franchise, and March to October.

The new additions to Diamond Dynasty are Mini-Seasons and Online Co-op. Players can take their DD team and play a 28-game, eight-team season to earn some worthwhile prizes and tons of XP. It’s a fun distraction from the usual game modes in DD, like Conquest, Ranked Seasons, Battle Royale, and Showdown. Online Co-op allows friends and strangers to team up and play together in 2v22 and 3v3 games online. This also works cross-platform across consoles — including, for the first time ever, the Nintendo Switch! We’ll get to that more in-depth shortly.

Road to the Show continues its evolution as the de-facto sports role-playing simulation. MLB The Show 22 doesn’t do much to change the popular game mode, adding more tweaks to existing features and giving players the chance to begin a baseball career in the minors and work their way up to what they hope will be a Hall of Fame career. To celebrate cover star Shohei Ohtani, RTTS continues the option to create two-way players — who can both hit and pitch — and while Ohtani is a true outlier as the only two-way player in baseball, it is cool to play the field one day, pitch the next.

Franchise mode offers a deep team-specific simulation that allows you to take control of every aspect of the team, including the day-to-day games during the long season’s schedule.

March to October debuted a few years ago, and finally, the mode extends past just a single season, giving players the chance to build a squad through trades and free-agent signings, and then reap the benefits from those players for more than just a few months. If I’m being honest, I enjoy this more than Franchise, as MTO “skims” the season, giving you scenarios here and there to complete and try and direct how the team performs all year long. It’s the best of both worlds, as you can control how the team is built and still have a hand in playing without doing it all or nothing.

In terms of gameplay changes in MLB The Show 22, the biggest and most impactful is the new Plate Coverage Indicator (PCI) Anchor. The PCI is the reticle in the strike zone that the player controls to direct their swings on in-coming pitches. With the PCI anchor, you can now set where your PCI reticle starts in the zone by anchoring it to a 9-point grid. If you’re facing a side-arm, submarine thrower like a Darren O’Day — a pitcher whose release comes about ankle high and the ball rises from there through the strike zone, flipping an at-bat — you can now anchor your PCI to a lower outside region, so adjusting to a ball that rises in a strike zone instead of dropping is much easier. It’s all about how to come into an at-bat and the PCI anchor adds a new realistic feature to the game that I have already used to major success. It’s easily my favorite addition to the storied franchise, and one I look forward to exploring more and more as the new season heats up.

A new broadcast team joins the fray in MLB The Show 22. For the first time since its inception, Matt Vasgersian is gone as the play-by-play voice. It was a shocking revelation when it was announced, and replacements John “Boog” Sciambi and ex-major leaguer Chris Singleton are stepping into some major shoes to fill. I admittedly like the fresh voices, but two weeks into playing and I’m already hearing the same phrases over and over (tell me one more time how Ken Griffey, Jr. came up in 1989 as a 19-year-old and got to play with his dad). Previous games had years of soundbites to pull from, creating the illusion of a deep script. For Boog and Singleton, they don’t have that luxury. And sadly, my name has been removed from the game.

The audio file for my last name has been in the game for as long as I’ve been playing (starting in 2009) thanks to ex-major leaguer Jon Huber, who pitched for the Mariners and Braves. I was looking forward to hearing Boog call my name, but for reasons that make no sense, “Huber” has been removed. It has put a major damper on my Road to the Show aspirations this season, and in fact, once this review is done, I will stop playing RTTS as if I can’t play as myself, I won’t even give the mode the time of day. Yes, I know this is an incredibly personal complaint and doesn’t affect you, whatever your name is, dear reader, but it matters to me. I spend 500+ hours of my life every season playing MLB The Show and this year, the lack of an audio file of my name all but guarantees that will not be the case in 2022. Alright, personal rant over.

As previously mentioned, MLB The Show has come to the Nintendo Switch for the first time ever. While the franchise made its way to the Xbox last season (and remains there for 2022), seeing the game come to a Nintendo console is both a cause for celebration and a lesson in being careful about what you wish for. The good news is that The Show on the Switch retains all of the game’s modes and allows for cross-play with PlayStation and Xbox players. The bad news is that The Show on the Switch is an ugly, clunky mess in terms of graphics, and it really needs some post-launch love to make right. It’s no secret that the Switch is a less powerful system compared to the PS5 and Xbox Series X/S, but at 30 frames per second, the Switch version looks like a poorly ported mobile game blown up on a bigger screen.

Playing with the Nintendo Pro Controller also comes with a mind-boggling delay in reactions, as button presses take a smidge longer to register. When a 100-MPH pitch is barreling down the zone, that fraction of a second is the difference between a swing-and-a-miss and a possible knock. I didn’t have this problem playing with the Joy-Con, so be warned if you are a Pro Controller user. Playing on the Switch takes some getting used to, and if you have both versions, going back to the PS5 version means all your timings will be thrown off. I’m absolutely thrilled that I can once again take my favorite sports game on the road with me, but it could have been so much better, and I hope San Diego Studio can figure things out going forward, as the possibilities for this game on the Switch could be limitless.

MLB The Show 22 gives us the best of baseball without worrying about viruses or labor strife and continues to do so year after year. While developer San Diego Studio has head-scratchingly omitted some ancillary features — and my surname — the addition of the PCI anchor and multi-season March to October are massive steps in the right direction. This is a franchise that gets tweaked every year, and most of the changes work to create the best baseball experience you can have outside of suiting up and playing the game at a professional level. Everything on offer could change by this time next month, as SDS really works overtime to make sure the experience is as good as it can be all season long, every year. I just hope that at some point, they restore my name so I can continue my RTTS career for another few seasons before the inevitable The Show 23 comes out next spring to begin everything again.

MLB The Show 22 remains the sport's one true constant, and some fresh tweaks to existing modes, along with a much-welcomed gameplay addition, prove the game can only get better year after year, even with some features being mysteriously omitted at launch.