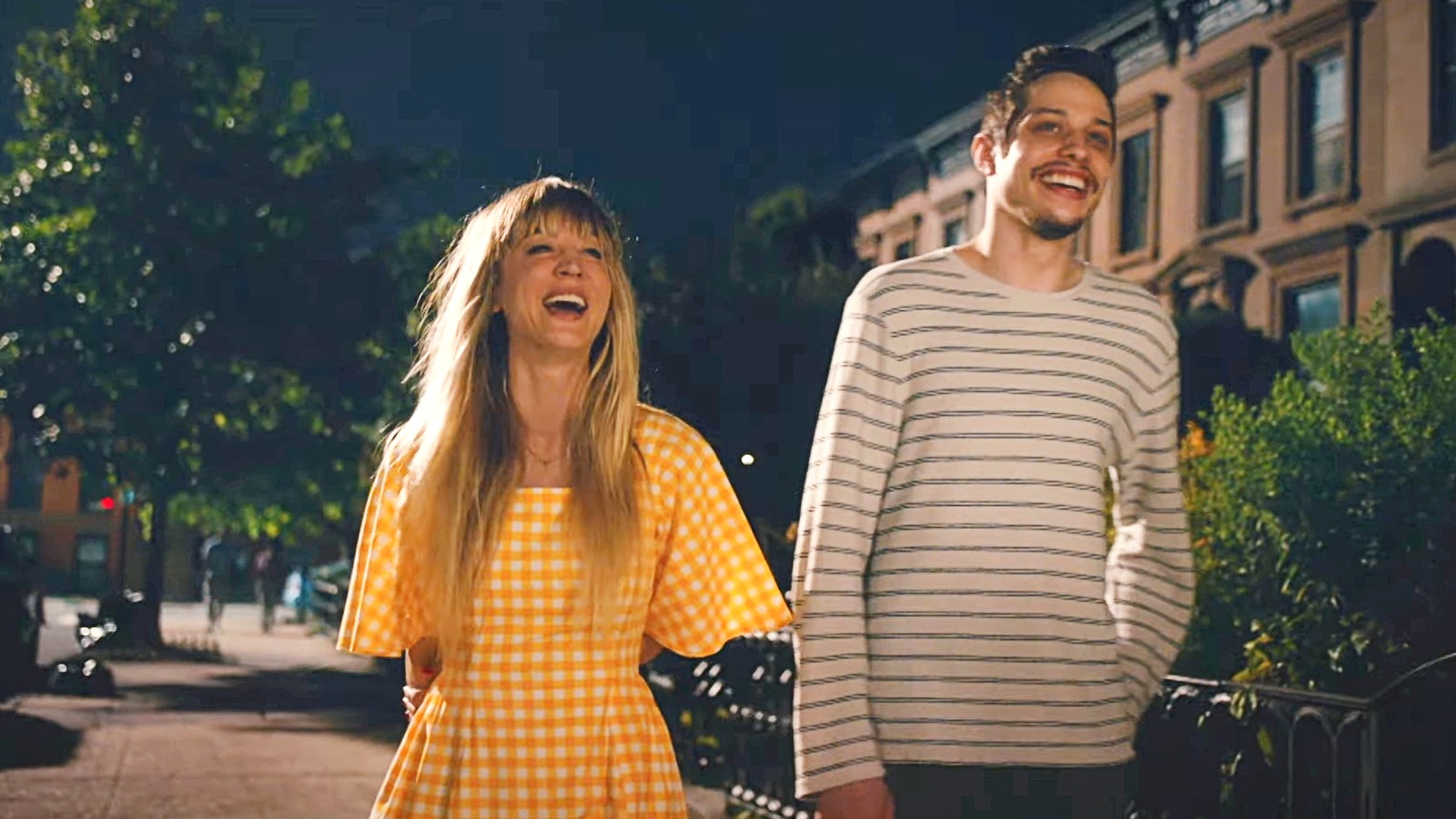 Despite its shortcomings, 'Meet Cute' takes viewers on a journey through the harsh reality of relationships that they won't soon forget.

The (heterosexual) rom-com was once the apple of Hollywood’s eye, its golden goose, a tried-and-true formula of boy meets girl, boy loses girl, and boy gets girl back, where the struggle provided emotional attachment, and the happy ending the relief real life doesn’t always deliver. But there are only so many ways to pair off the irreverent-but-forgiving female character with her aloof-but-oh-so charming male counterpart, and so, with the flood of content brought on by the advent of streaming, the number of culturally relevant rom-coms became fewer and farther between.

In Meet Cute, director Alex Lehmann and writer Noga Pnueli try their hardest to breathe some life into the genre, and although they never escape its traditional structure (which is not necessarily a bad thing), they do create a surprisingly reflective and daring movie.

Meet Cute‘s first big swing comes when protagonist Sheila, played by Kaley Cuoco, reveals in her very first scene with Pete Davidson’s Gary that she comes from the future, and this is not her first time meeting him at all. A secret that big has been the defining twist of a number of stories, but here it is given away for free to the spectator. Starting with those first moments, Gary acts as audience surrogate, as we try to figure out whether Sheila is telling the truth, or just acting out a very dragged out gag.

Still, the two hit it off and spend the night hopping from a bar, to a lit-up Indian restaurant based on a real place in the East Village, to an ice cream truck with flavors as disturbing as they are tempting. None too happy with how her life is going, Sheila decides she wants to live in this perfect first date forever. So, for a year, she goes back in time 24 hours, every day, to meet Gary at that same exact bar.

Sheila and Gary aren’t necessarily the types of people you would want to see leading a movie, much less play out the same situation over and over. Meet Cute takes a leap of faith in Cuoco and Davidson’s ability to find what it is that makes a slightly deranged, uber-controlling woman, and a passive, gullible man worth its almost 90 minute long runtime. The bizarre plot, and the way in which it is so aggressively delivered, keeps the viewer locked in for the first act, but it’s up to the characters and the actors to keep the momentum going once the gimmick has run its course. And they deliver.

Sheila is neurotic and unlikable for most of the film’s duration, but the innate charisma Cuoco brings to the character, and her easy rapport with Davidson are just enough to make you want to get to the bottom of why Sheila is in such a tough spot. On his end, Davidson finds the perfect balance between slapstick and sensitivity as Gary. And, although the two aren’t bursting with sexual tension, the pairing’s comedic and dramatic timing carries the sometimes rough, awkward dialogue.

At a surface level, Meet Cute is unpolished. The topic of suicide is not handled with the gravity it demands, the rules of time-travel get muddled somewhere in the second act, Sheila’s logic and motives are frequently stripped of sense for the purpose of plot, and her actions become so unbearably self-centered you almost stop rooting for her altogether. Still, the movie’s potential is undeniable.

Through the use of time travel and the repetition of that one fateful night, Lehmann and Pnueli delve into the looming fears that often keep people from committing to a relationship; boring routine, and the failure to meet expectations. Ideally, all dates would have that first date glow that Sheila wants to live in forever, but even when a time machine gives her the ability to do just that, the novelty still wears off, and Gary’s ugly sides still eventually rear their heads.

The final act brings the movie’s wacky premise full circle in a very pleasing way, as Gary finally does what every viewer must have been shouting at him to do from the start, and goes back in time himself to figure out how to stop Sheila from obsessively using him to delay the hopeless prospects of her future. Plot points which were apparently unimportant come back in surprising ways, throwaway lines of dialogue gain a whole different meaning, and June (played by Deborah S. Craig), the owner of the nail salon where Sheila stumbled upon the time machine, gets a cathartic moment.

As the sun rises on a new day, and Gary and Sheila get their happy ending, Meet Cute finds its tone as a movie about accepting the uncertainty of what comes after the first date, and trusting that, despite your inability to control it, the future doesn’t always have to be catastrophic.

Despite its shortcomings, 'Meet Cute' takes viewers on a journey through the harsh reality of relationships that they won't soon forget.