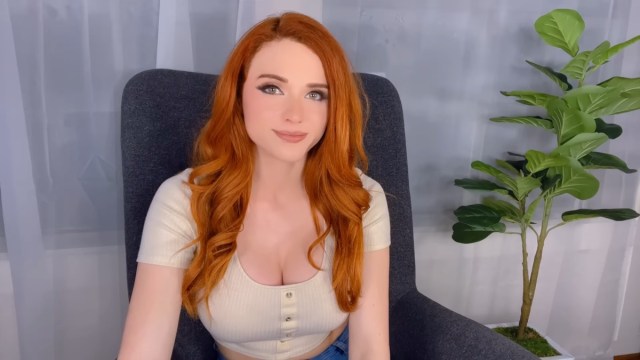 Earlier this week, Twitch streamer Kaitlyn Siragusa, also known as Amouranth, revealed that she was in an abusive relationship with her husband, shocking thousands of fans across the streaming platform. Since the beginning of her channel in 2016, the streamer and OnlyFans user has kept her personal life private, revealing very little.

While appearing distraught during a live stream, the online sensation received a phone call from her husband in which she revealed that her husband had full control over her finances and other important assets and that he had forced her to go on stream, threatening to kill her dogs if she didn’t comply to his demands. In the phone call, her husband yelled at her, calling her a liar. As further evidence of the abuse, Amouranth also shared text messages between her and her husband, Nick Lee, where he threatened the streamer by deleting her social media and throwing money away in response to her not returning his calls.

Whilst many fans felt “betrayed” by Amouranth’s lack of transparency regarding her marriage status — which was all a ruse by Lee to keep the streamer coveted among young and impressionable men — many others flooded social media voicing their concerns regarding the influencer’s life.

Yesterday, Amouranth went live for the first time since the events of Sunday evening, where she updated fans on her life since her reveal, saying that she’s “happy that [she’s] free”. The streamer showed her appreciation for those who sympathized with her situation, stating, “Thank you, everyone, who has been super kind and supportive lately, over the past few days I’ve had lots of people reach out to show concern, that means a lot.” Her lack of presence online has been due to “everything going on”, further expanding on the situation behind the camera.

Amouranth also admitted that this had been the first time her husband heard himself on a recording.

The streamer also admitted her husband was out seeking help, and that from then on she had “access to all [her] accounts and finances again,” while adding that she was also “seeking legal and emotional counsel.” Further on in the stream, Amouranth lets on a bit more information regarding the pair, admitting the abuse went in cycles, and in spite of her attempts to inform the police, the force wouldn’t take action unless she had been physically harmed.

She also expands on her relief after finally speaking up, commenting that she is looking forward to being able to “have friends again” and be able to “wear some clothes”. The stream ends with Amouranth saying it is time for a “new chapter” in her career, “spend some time with my animals, feel like a human again.”