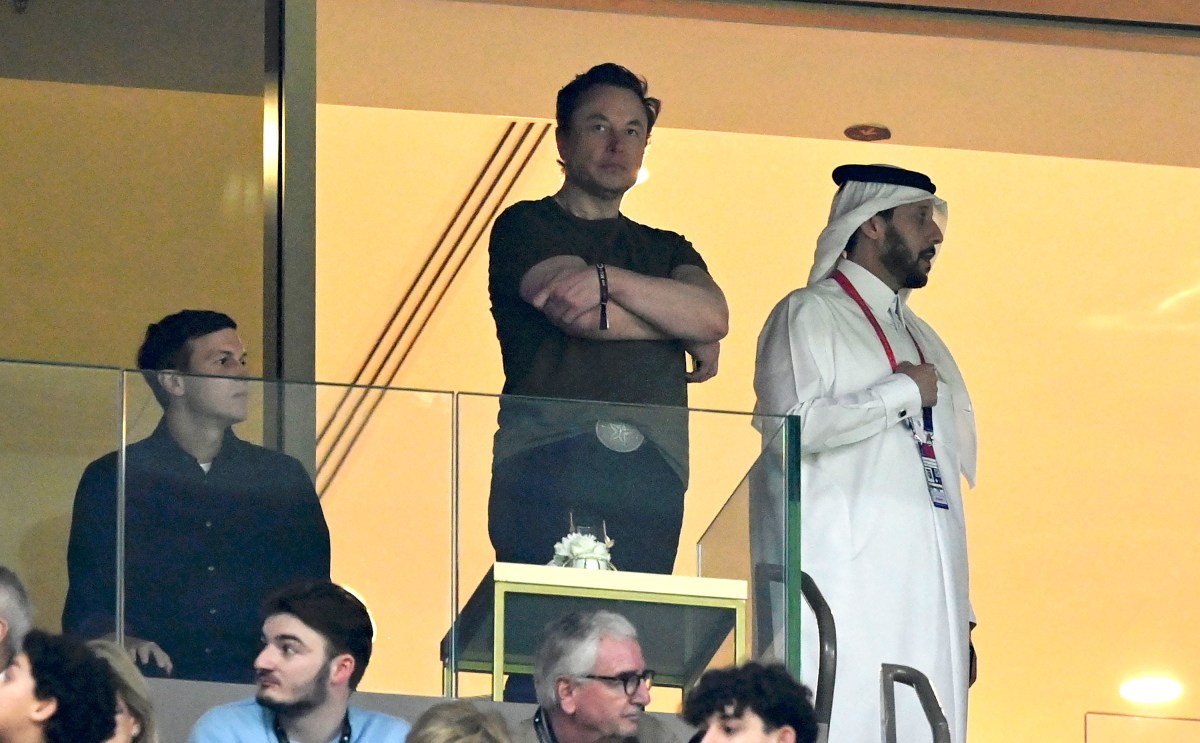 Elon Musk wanted everyone to know he was attending today’s World Cup finals. The controversial billionaire shared videos from his luxury box, and Twitter had a field day. Users instantly accused him of “doxxing” himself as the Twitter CEO publicly shared his location while attending the 22nd annual FIFA World Cup in Qatar.

One Twitter user immediately claimed that Musk should suspend himself because this post was considered a “security threat.”

The term “dox,” also known as “dropping dox,” means to share an individual’s information online in an attempt to cause some form of harm. On Dec. 15, Musk made headlines after temporarily suspending several prominent journalists’ accounts for seven days after they reportedly shared his real-time location on Twitter. Those on the list included Donie O’Sullivan, Ryan Mac, Drew Harwell, Micah Lee, Matt Binder, Keith Olbermann, and Aaron Rupar.

For context, the reason behind the suspension was that the journalists had either briefly discussed or reported on the controversy surrounding Elonjet, a jet tracking account following Musk’s aircraft utilization, and Mastodon’s removal from the social media account. Mastodon, also one of Twitter’s competitors, was allegedly suspended from Twitter for sharing a link to @Elonjet on their platform. Following the suspension announcement, Musk threatened to temporarily remove anyone from Twitter if they were to share information about an individual’s location because it could pose a threat. Since then, six journalists could retrieve their accounts but with restrictions.

Here we are, mere days later, and Musk revealed he was attending the World Cup by uploading a video of the event on his Twitter page. The 51 year old wrote while sharing a clip of the opening ceremony, “At World Cup right now.” As other social media users were aware of Musk’s actions, a handful called him out for disclosing his location, given the last week’s fiasco.

A third social media user claimed that they were reporting him for doxxing.

A fourth person joked that Musk was “Troll of the Week” for suspending the journalists for doxxing but then went on to share his whereabouts while attending the World Cup.

Despite Musk’s tweet sparking an interesting conversation, it is highly doubtful he will receive any repercussions for sharing his location, but he will definitely face more scrutiny from the general public.