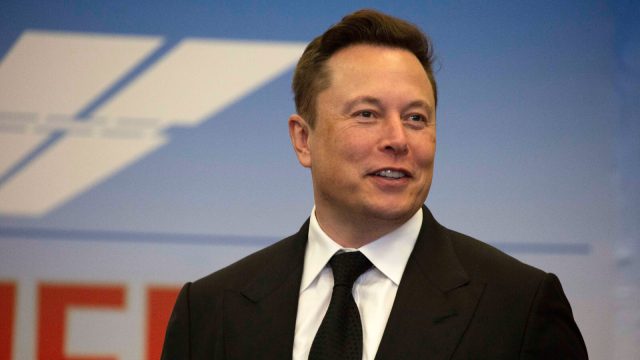 In the wake of Elon Musk‘s acquisition of Twitter, the platform appears to be melting down.

Constant controversy has plagued Twitter since Musk became “Chief Twit,” with seemingly each new decision sparking some form of contention on the platform. One of the most hotly debated changes relates to the coveted blue checkmark, which used to help differentiate between legitimate accounts and their parodies.

Being a public figure online can be challenging, with no shortage of fake accounts claiming to share the true opinions of politicians, celebrities, and even journalists. Twitter attempted to curb the constantly-rising number of fake or parody accounts via its blue check system, which graces the real accounts of prominent figures with a checkmark identifying them as the real deal.

Musk intends to change this, now that he’s in charge. He’s attaching a price mark to the blue checkmark, providing anyone willing to shell out $8 with the chance to acquire the coveted status of “verified.” This quickly sparked backlash among Twitter users, many of whom feel this not only bastardizes the idea of “free” speech, but also that it will make Twitter a chaotic platform with no real way of identifying who, or what, is real, and what is fake news.

A new claim only heightened pushback against the new policy, after rumors arose of a controversial and discriminatory scheme attached to the new Twitter Blue price tag. A claim from YouTuber and conservative television host Elijah Schaffer reported — via a verified Twitter account — news about verified journalists with they/them pronouns, and prompted widespread panic on the platform.

Schaffer’s claim that “journalists with ‘they/them’ pronouns in bio will pay a $16 monthly fee instead of the standard $8 for verification because ‘they’ identify as multiple people” initiated a wave of pushback as people worked to determine whether the claim was accurate. This would double the cost of a Twitter Blue subscription, and is quite clearly discriminatory.

Thankfully, the claim is entirely untrue. Those with an eye on Schaffer’s account will be well familiar with its often satirical nature, and thus likely never believed the claim, but those unfamiliar with his work were momentarily convinced that Musk had initiated a damning new policy.

The comment section of Schaffer’s tweet illustrates the confusion perfectly, dominated as it is with outraged users explaining the discriminatory nature of the alleged move.

Despite the satirical nature of the tweet, it lead to plenty of hate on its own. Alongside a slew of outraged backlash, the comment section is also littered with hateful and derogatory memes and takes. People quickly took the opportunity to deride those who use they/them pronouns, something that they are newly able to do with far more freedom, thanks to the Musk takeover.

Twitter is in a tough spot at the moment, as it hemorrhages money and employees in the wake of Musk’s acquisition. Many of the departures — particularly among advertisers — were prompted by a sharp rise in hate speech after Musk took over. While the billionaire Tesla CEO assures users that content moderation hasn’t changed since he took charge, evidence shows that use of the N-word has skyrocketed over the last few weeks. It’s hard to argue with a nearly 500 percent increase in use of one of the most hateful words out there, but Musk will certainly give it his best shot.