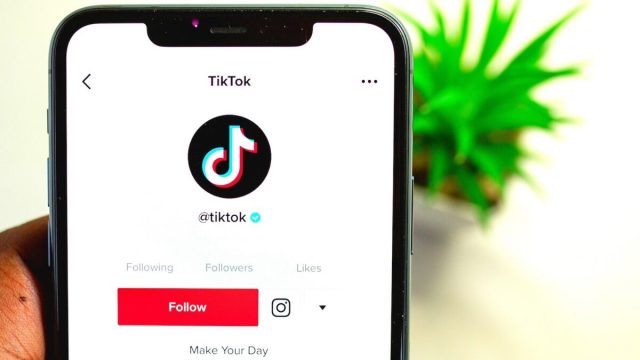 TikTok is the most popular social media app in the world. Even if it isn’t on your phone, the odds are that someone close to you has it on theirs and may even be scrolling through its now practically innumerable minutes-long videos in search of their latest hit of dopamine.

It might also pose one of the biggest security threats to the United States since the end of the Cold War. And its days — in the States anyway — just may be numbered.

Attorney general Merrick Garland held a news conference today in which several Chinese nationals have been accused of espionage in relation to hampering the official investigation of an unnamed company. Though most believe the company in question is Huawei — China’s biggest manufacturer of cell phones and other communication hardware — speculation prior to the conference had many betting that TikTok was in the crosshairs of the U.S. Department of Justice, as it may well be given recent revelations by the American business magazine Forbes.

In a report published on Thursday, Forbes alleged that ByteDance’s Internal Audit and Risk Control department, led by Beijing-based executive Song Ye, “planned to use the TikTok app to monitor the personal location of some specific American citizens.” The magazine reported that there have been two instances in which the Internal Audit team planned to collect data regarding a U.S. citizen who had no record of employment with the company. Per Forbes, this data was not used to target ads or for any other commercial purpose.

The revelations, true or not, have fueled online speculation that the U.S. Government may soon be taking a hand in the matter in the name of protecting the privacy of its citizens.

Over the weekend, the app was discussed on CBS’s Face the Nation public affairs program. Chris Krebs — CBS’ cybersecurity expert — stated that “there’s a significant amount of risk exposure,” when it comes to TikTok tracking their data.

In 2020, then-President Donald Trump signed an executive order to ban TikTok in the U.S. if it was not sold by ByteDance. An injunction preventing the ban was filed and approved later that year. When the Biden administration took over, President Biden himself overturned the executive order and requested that the Secretary of Commerce should investigate whether or not the app posed any significant risk to the US.

In June, Buzzfeed News and others reported on leaked audio of internal meetings at ByteDance showing multiple instances of U.S. user data being accessed from China. According to CNN, this prompted  FCC Commissioner Brendan Carr to request Google and Apple to remove TikTok from their respective app stores, citing the “swaths of sensitive data that new reports show [that] are being accessed in Beijing.”

So, will the U.S. follow in the footsteps of such nations as India, Pakistan, and Syria with an outright ban of the service? The answer is not clear. If the DOJ enlarges its investigation to include the service, TikTok may well find itself in the same precarious situation it faced in 2020, or even worse – face an outright ban on the back of public support if any credible proof is offered that the company is monitoring the data of its U.S. users.

TikTok maintains that all of its U.S. data is currently routed to Oracle Cloud, a service within U.S. borders and that all U.S. data in overseas centers are slated for or have already been deleted. In a statement made via Twitter, TikTok claims it “has never been used to ‘target’ any members of the U.S. government, activists, public figures or journalists, nor do we serve them a different content experience than other users. Our Internal Audit team follows set policies and processes to acquire information they need to conduct internal investigations of violations of the company codes of conduct, as is standard in companies across our industry. Any use of internal audit resources as alleged by Forbes would be grounds for immediate dismissal of company personnel.”