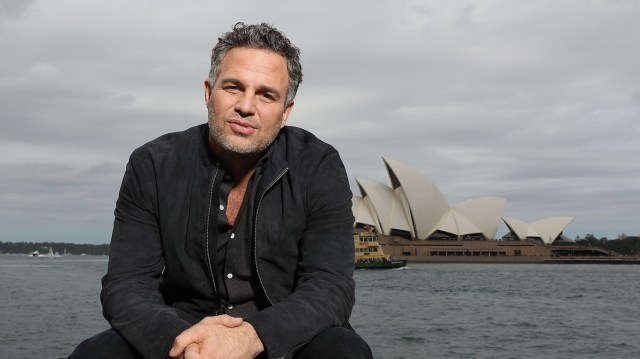 Looks like diplomacy and politeness aren’t really working for Mark Ruffalo in his attempt to reform billionaire Twitter boss Elon Musk, but the actor is once again trying to appeal to Musk’s good-sense, after a couple of new questionable statements.

Ruffalo has tried to reason with Musk a few times in the past, namely in the aftermath of the businessman’s since-deleted tweet containing a conspiracy theory pertaining to Paul Pelosi’s violent attack, and during Musk and Alexandria Ocasio-Cortez’s feud which resulted in the politician’s account being limited.

The two most recent points of contention for the 54 year-old actor regarding Musk’s behavior are related to a photo the latter shared, as well some politically-charged statements.

On Monday, Musk posted a meme of a man carrying a cage of mail pigeons which had been edited to feature a typical digital notification for three messages, captioned “How times have changed.”

The original photo, it turns out, was of a Nazi soldier during World War II, and can be found on Getty Images. Musk has yet to acknowledge this fact, but with antisemitism on the rise in the platform, the calls for him to take down the image have been abundant. Among which is Ruffalo, who now seems to have lost all hope that the billionaire might change his ways. “It’s too late. Billionaire Hubris syndrome,” Ruffalo wrote.

Musk’s association with right wing politics doesn’t stop there, however, with the 51 year-old businessman officially backing the Republican Party in the midterm elections. In the name of “centralism,” Musk urged his fans to vote red, effectively misunderstanding his own plea, back in April, to keep Twitter “politically neutral.”

In a tweet to author Hank Green, Musk further explained that “if executive and legislative branches are dominated by one party, then we lose balance of power.”

Once again, Mark Ruffalo wasn’t a fan of Musk’s often contradictory rhetoric, accusing him of speaking “with a forked tongue.” Another example of this has been the recent suspension of a number of twitter accounts that have parodied Musk, who calls himself a “free speech absolutist.” Maybe only when the jokes aren’t directed at him.

Ruffalo is only one of many public figures who have criticized Musk’s handling of Twitter so far, with one of the biggest controversies concerning the plan to charge verified users a monthly subscription to keep their blue tick.