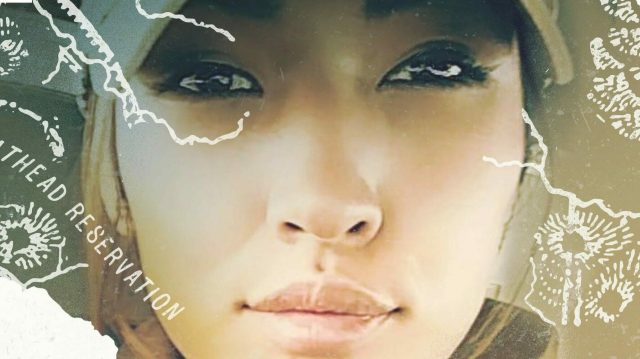 MMIW and MMIWG (Missing and Murdered Indigenous Women and Girls) describe an epidemic of abductions and homicides committed against the Americas’ First Females.

A Canadian government inquiry found that, between 1980 and 2012, Indigenous women and girls comprised 16 percent of female murder victims despite making up only 4 percent of the female population. Moreover, 10 percent of Canadian women who went missing for at least 30 days were Indigenous. High rates of violence also affect Indigenous females in the United States and Latin America.

As awareness has grown of this femicidal phenomenon, so have podcasts. There are several MMIW-focused pods, a few of which lead the true crime charts. We’ll sing the praises of those series, as well as unsung MMIW/MMIWG podcasts.

Based on the eponymous Canadian TV series, TAKEN is a 10-part podcast that focuses on 11 MMIWG, from Tina Fontaine, whose 15-year-old body was pulled from Winnipeg’s Red River in 2014 to 20-year-old Amber Tuccaro, who disappeared while hitchhiking near Edmonton in 2010 and was found dead in 2012.

Hosted by celebrated Anishinaabe producer Lisa Meeches, TAKEN enjoys a 4.9 rating on iTunes. Each episode is available in English and Cree (courtesy of Sheila North).

While not exclusive to MMIWG, The Trail Went Cold is a popular true crime podcast that has covered several female Indigenous disappearances, including five-year-old Tamra Keepness from her home in Regina, Saskatchewan, and the aforementioned Amber Tuccaro from Alberta backroads. The podcast’s latest episode is titled “Missing and Murdered Indigenous Women” and explores nine of the fallen females.

Missing & Murdered is the premier MMIWG podcast. Produced by CBC and hosted by Cree journalist Connie Walker, M&M consists of two seasons, the first concerning Alberta Williams, who was murdered along BC’s infamous “Highway of Tears” in 1989, and the second examining Cleo Semaganis Nicotine, a young Saskatchewanian who was scooped up by an American family and dropped into oblivion. Titled “Finding Cleo,” the second season concludes with the host actually finding Cleo’s resting place and solving a four-decade mystery.

We Are Resilient: An MMIW True Crime Podcast

We Are Resilient is a US-specific MMIW podcast that began in October 2021. Among its two dozen-plus subjects are Misty Upham, a Blackfoot actor who appeared in films like Django Unchained before perishing at the bottom of a Washington cliff, and Faith Lindsey, an Oklahoma teen who was killed in 2019 and whose body has yet to be found.

Connie Walker’s follow-up podcast, Stolen also consists of two seasons, the first of which investigates Jermain Charlo, who disappeared from a Montana bar in 2018. The second season focuses on Walker’s father and other family members, who were victims of sexual abuse in the Canadian residential school system.

Stolen has been spotlighted by MSNBC, Vanity Fair, and Rolling Stone.