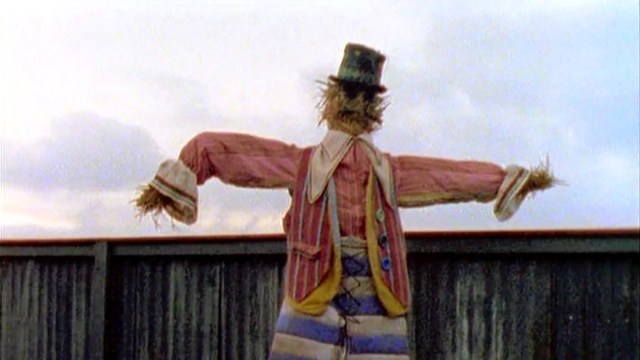 Sometimes we look back on the shows of our youth and wonder how on earth they were allowed to be made, let alone as entertainment for children! Well, now people on Twitter are rediscovering an Australian show from their childhood and we must have collectively blocked it from our memories to protect our sanity because it is a full-on horror fest.

There are plenty of children’s television shows that raise an eyebrow for those of us who have (for the most part) reached adulthood. Even the saccharine British children’s show the Teletubbies has a certain level of weirdness with one of the episodes, titled ‘See-saw’ having been banned in several countries after a 2D bear and lion that terrorize the Teletubbies scared children too much.

So the question is if a somewhat “scary” episode of the Teletubbies was banned then how on earth was a show like Australia’s Around the Twist ever given the green light? The show, which had four seasons running from 1990 to 2001, is sold as a children’s comedy but the premises for many of the episodes were just downright terrifying. It followed the story of a father and his three children as they live in a lighthouse and face surreal, supernatural adventures. For those now rediscovering the show on Twitter, these adventures do not seem like they should be considered child friendly.

Twitter profile Horror4Kids (fitting) posted a clip from one episode that is just bizarre and very, very wrong.

Someone who obviously hasn’t seen the show wonders if they are similar to the childhood “horror” shows of their past, with another user firmly stating that this is much, much worse.

Others offer up pictures and plotlines from other episodes to show that this clip was not a one-off.

Based on just how bizarre some of the episodes were, many have wondered whether they were perhaps fever-induced dreams.

Some claim the show was so horrifying that the trauma gave them irrational fears moving forward.

Even as grown adults the show has had a lasting impact.

Others are however remembering the iconic theme tune that came with the show though, one that you just can’t seem to forget.

This show was not only aired in multiple countries around the world but even won awards for best children’s show in Canada and Australia! Episodes of Round The Twist are available to watch on YouTube, but do we really need to terrify another generation of kids?