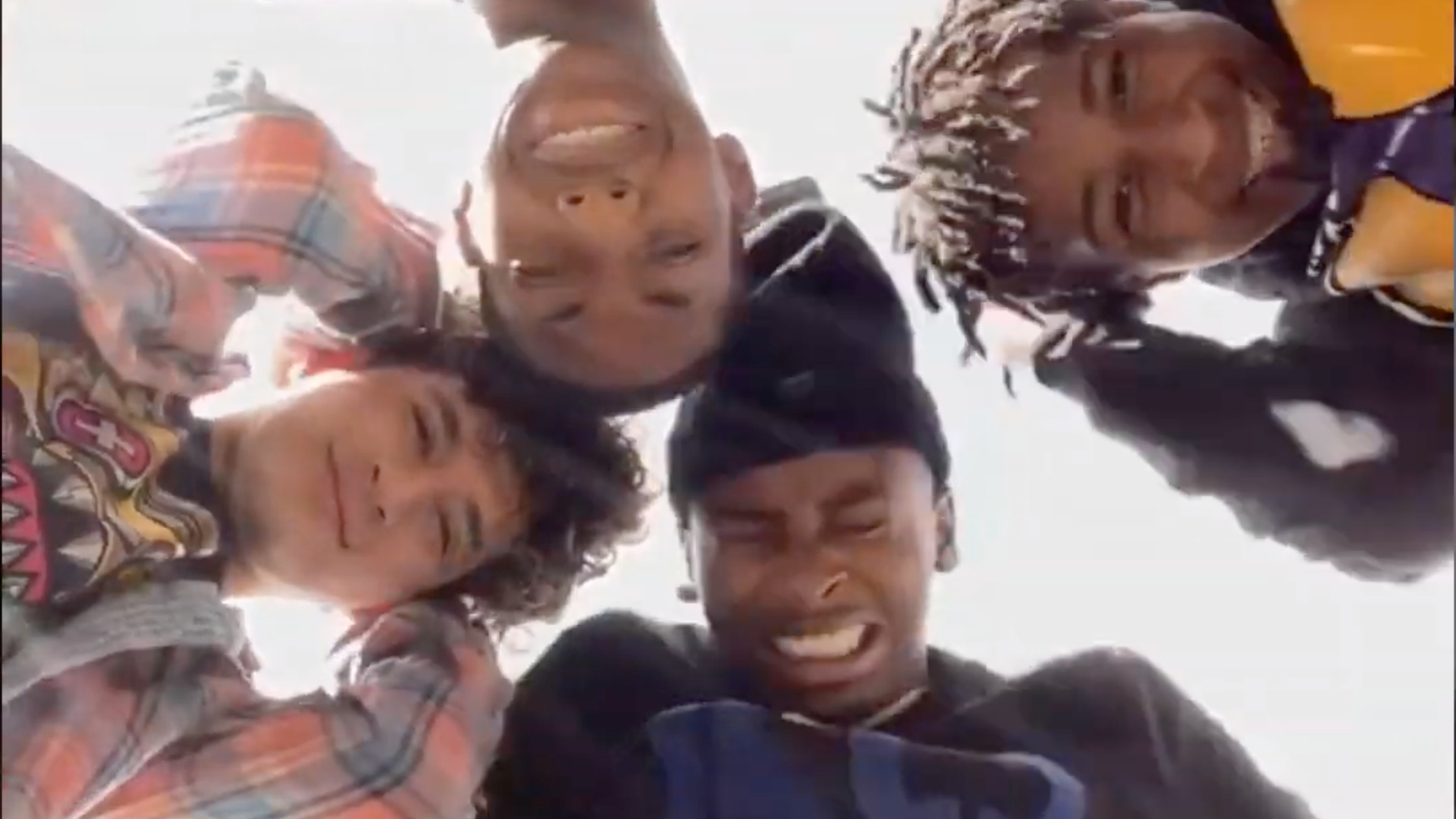 Warning: The following article contains descriptions of dangerous TikTok trends, one of which involves a mention of suicide. These are being provided for informational purposes only and are not recommended or endorsed by We Got This Covered or its staff. Please proceed with caution and do not attempt these challenges.

TikTok is home to a mind-boggling array of videos, not to mention users flocking to the app to find and follow new artists, learn fresh cooking methods and recipes, or stock up on knowledge about a range of niche subjects. They also frequent the app for its varied trends and challenges, a huge part of TikTok’s viral appeal.

These trends follow TikTok’s expansive format in taking on a diverse span of approaches. There are singing trends, dancing trends, thirst trap trends, and cooking trends in near equal measure to the app’s unfortunate multitude of dangerous trends. These are almost always the most popular of TikTok’s viral moments, due in large part to the inherent risk involved. Young people in particular swarm to TikTok’s riskiest challenges in the hopes of attaining the sought-after dream of virality, and far too often face consequences for their youthful recklessness.

The 10 most dangerous TikTok trends

TikTok, like many social media sites before it, has become home to dozens of potentially deadly trends and challenges, many of which have caused enough harm to make national news. It’s hard to rate these trends based on level of danger, given each of their potentials to seriously harm or even kill participants. Suffice it to say: don’t try any of these challenges at home. We are not condoning them, nor are we encouraging anyone to try them; we are simply explaining what they are and how they came about. For your safety and the safety of those around you, please do not attempt any of these challenges.

This one was around long before TikTok. Teens have been forcing themselves to black out for decades, seeking a supposed “high” that comes with partial asphyxiation. Unfortunately, a small mistake can lead partial asphyxiation to become full asphyxiation, something that can lead, in severe circumstances, to brain damage or death. TikTok has (rightly) removed all participating videos and blocked the relevant pages, so enjoy the far tamer compilation above, which features people pretending — emphasis on the pretending — to pass out in front of pets or family members. There are a number of formats for TikTok’s various blackout challenges, from choking oneself on camera to tying hoodie strings too tight — anything that will restrict breathing enough to cause a blackout. Again, this challenge is very dangerous and is not recommended.

Some of the challenges on this list are so obviously dangerous that it’s hard to imagine anyone attempting them, but that hasn’t stopped some particularly reckless teenagers out there who will do almost anything and tend to be thoroughly convinced of their immortality. Thus, they are entirely willing to risk electrocution, fires, and massive property damage for the ill-advised “Outlet Challenge.”

This challenge sees participants use a partially plugged-in charger to create sparks. They situate a charger with its prongs slightly exposed before dropping a penny on the bare metal, a connection that results in large sparks. It can also result in house fires, damage to the electrical system, and potential electrocution. It’s mostly faded from TikTok fame in recent years, but was thriving on the site back in late 2019 and early 2020.

Only teenagers would attempt a challenge that is so clearly dangerous. Unsurprisingly, TikTok’s “Fire Challenge” involves fire, and can lead to massive burns and potentially irreparable damage. The challenge sees users douse a portion of their body in a flammable liquid before literally setting themselves on fire. The affected area predictably goes up in flame, and — when not quickly dealt with — can lead to serious burns. Teens have been scalding themselves with this particular trend for years now, leading to a major uptick in burns among our nation’s very foolish youth. Its rise on TikTok is predictable, but unfortunate, as yet another swathe of young people try their hands at the potentially disfiguring trend.

Who wouldn’t want to risk a concussion for some internet clout? This particular TikTok trend doesn’t require much explanation to outline its dangers. The challenge tasks a group of participants with hurling an object — typically something heavy or painful — into the air above their heads, before leaning over the camera, placing their heads directly in the line of fire. The person who remains in position longest — thus putting themselves at risk of a concussion — wins. The range of tossed objects varies greatly, from basketballs and water bottles to full-blown metal chairs and ladders. It enjoyed a brief stint of virality in late 2019 before cropping back up in mid-2020. Thankfully, it’s mostly disappeared since then.

A fast path to a scalded throat — and maybe worse — the “Hot Water Challenge” has been around for awhile, with minor dips and surges in interest over time. It cropped up most recently in 2018, just as TikTok was beginning its viral reign. Formerly a challenge that involved drinking boiling water — an act that can cause serious injury and reportedly led to the death of an eight-year-old girl — the new “Hot Water Challenge” is just as dangerous as its predecessor. The new version involves dumping boiling water on oneself or friends, a truly, genuinely, horrible idea that led to one teen’s horrific description of his skin “falling off” his chest.

At face value, eating ghost pepper isn’t necessarily dangerous. It can be, of course, if you do it wrong or attempt to consume a large quantity, which is exactly what people on TikTok continue to do for likes, despite countless examples proving it to be a horrible idea.

Straightforward and predictably ill-advised, the “Ghost Pepper Challenge” requires users to consume at least one ghost pepper, on camera, and react for their waiting audience. A number of users have upped the ante in recent years, instead turning their sights on the California Reaper, an even spicier pepper that has sent several people to the hospital following consumption. Eating any extremely spicey pepper presents a risk of mouth burning, numbness, and vomiting, according to the National Library of Medicine, but additional risks could see them develop a major — but thankfully reversible — condition.

An aptly-titled trend that somehow managed to briefly reach viral status in 2020, the “Skullbreaker Challenge” presents a serious risk of head injury and concussion, as well as sprained wrists and ankles. It reportedly sent a Venezuelan teen to the ICU in early 2020, according to The Sun, and injured plenty more as it spread across the globe.

The challenge requires at least three participants to line up and face the camera. Standing shoulder-to-shoulder, the two people on the ends then jump in unison, followed by the person in the middle. While the middle person is still in the air, however, their “friends” hook their legs out from under them, toppling them backward onto the ground. It often results in the back of the head connecting with whatever ground is underfoot ⏤ very bad news when it’s concrete or a similarly unforgiving surface.

One of the few entries on this list that isn’t considered an actual challenge, the trend of “Fractal Wood Burning” is still going strong on TikTok. This is despite multiple reports of electrocution, fire, and even death. The practice should only ever be attempted by veteran wood workers and even then is harshly advised against by the American Association of Woodturners (AAW).

The wood-burning method requires use of high-voltage electricity, and as such comes with heaps of risk. Many of the amateurs attempting the controversial practice online use deconstructed items as their energy source, scrapping things like microwaves to pump electricity through bits of metal and into a prepped piece of wood. The method has led to plenty of predictable consequences, and, as noted by AAW Safety Committee Chair Rick Baker, should never be attempted, ever. “If you are looking into fractal burning, stop right now and move on to something else,” he’s been quoted as saying. “This could save your life.”

This challenge takes on a few different shapes, but each and every one of them have the potential to be dangerous. The online “Cinnamon Challenge” has been popular for years, tasking people with ingesting a spoonful of straight, undiluted cinnamon. It might sound easy, but its very much not. Ingesting so much cinnamon with no water to help it down often leads to violent coughing fits, vomiting, and occasional choking, and in severe cases can lead to permanent scarring or collapse of the lungs. It’s been around for more than two decades now — at least — and yet somehow continues to draw in new participants.

Another take on the “Cinnamon Challenge” is far more recent and sees participants attempt to swallow a full scoop of pre-workout or protein powder with no water to wash it down. Like the “Cinnamon Challenge,” it can lead to a number of health risks and even prompted a heart attack in one young creator who attempted it in 2021.

Half online rumor, half real-life trend, the “Blue Whale Challenge” has the potential to be the deadliest entry on this list. Even as nothing more than viral gossip, this challenge poses real danger, given the fickle nature of teenagers. While many continue to believe that it’s little more than an online hoax, the potential for death is too high to write this challenge off.

In the simplest of terms, the “Blue Whale Challenge” is a suicide challenge. It presents participants with 50 tasks, all of which must be undertaken over the course of 50 days. Many of the included duties are innocent enough, but the final request is always the same, and — if heeded — will always result in death. Even if only a small percentage of participants actually follow through, that is far, far too many. The challenge has unfortunately endured for years despite its grim requirements and continues to spark major concern amongst parents.