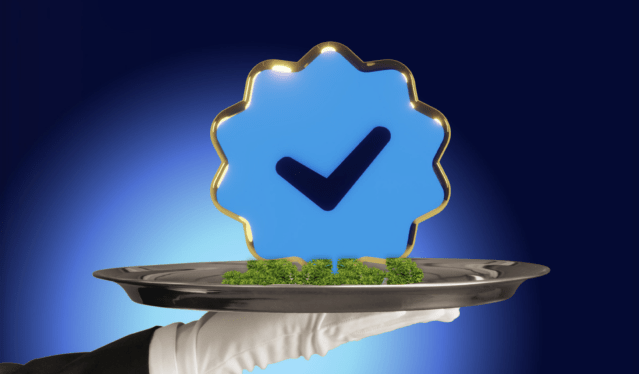 Elon Musk’s seemingly unstoppable mission to make literally every Twitter user fear the End Times at any waking moment has left many cowering, wondering when that little blue bird will take its final flight. But, not everyone is quaking — some, including, Tumblr is striking while the iron is hot. And, baby, it’s scorching.

In a frankly supreme troll move from the once-near-forgotten platform, Tumblr announced that it has introduced ‘Important Blue Internet Checkmarks’ — real name — that users can buy for the low, low price of $7.99 USD.

But, while Twitter’s checkmarks promise some benefits, Tumblr’s checkmarks are… completely useless, if the company’s staff post’s URL slug is to be believed.

The tongue-in-cheek feature is very clearly a jab at just how well things are going over at Twitter, where users can now pay for verification should they feel so inclined. It’s definitely had only positive results and no potentially dire consequences of imitation whatsoever. Nope. None. Nada. Zilch.

“They’re a steal at $7.99—that’s cheaper than some other places, when you consider that you get not one but TWO checkmarks for your blog on web only (for now). Why, you ask? Why not? Nothing matters! ¯\_(ツ)_/¯”

For what it’s worth, Tumblr has been reaping the benefits of whatever is going on with Twitter for a few weeks now. In the days following Musk’s purchase of Twitter, Tumblr announced that it will be walking back on one of its most controversial content decision and allowing NSFW content on the site once again.

As the people of the internet are nothing if not thirsty, the move was celebrated far and wide as people began jumping ship — including none other than Ryan Reynolds.