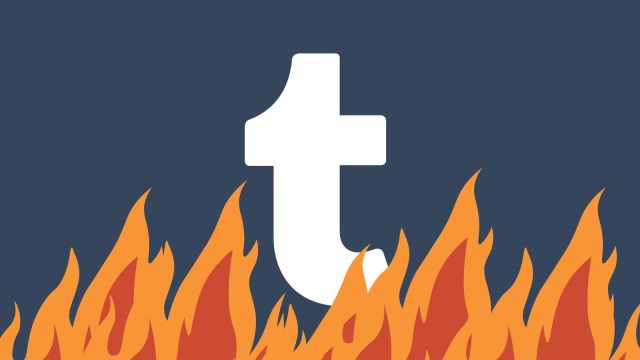 While world watches Twitter burn with the wake is about to commence, Tumblr has seen a crash from an overload of users signing up to the website.

Twitter’s gargantuan decline over a period of three weeks has caused an uptick in other websites growing in userbase, and Tumblr is seeing a resurgence in users so big it’s crashed the website. Elon Musk’s beautifully engineered downfall of his own website is funny enough, but seeing Tumblr rise like a phoenix again may make you wonder if you’ve time travelled.

At roughly 03:30 GMT, Tumblr suddenly crashed and became unavailable. Tumblr users saw a generic error message appear saying engineers were working overtime to get the site back up, as Twitter enjoyed what feels like its rapture day with a mass exodus.

Users are migrating to the internet relay chat-like Mastodon, as well as back to their old homes on good old Tumblr, a site which was unbelievably huge for several years in the early-to-mid 2010s. After banning adult content, it saw a big fall off in both userbase and perception, with many of those leaving for Reddit and Twitter.

Should Twitter fall like is predicted by several outlets and former employees, there’s a huge power vacuum to be filled as the forum-like sites endeavor to take over again. It must be said those websites will also take on board the worst bits of Twitter, and may need to evolve to fit people in.

You’re hardly going to see NBA Twitter fans navigate to Tumblr, realistically. Instead they may head to Instagram which already features plenty of the content they’re after. Musk will attempt to save face, but his $44 billion purchase has backfired incredibly.

We Got This Covered has reached out to Tumblr for comment.