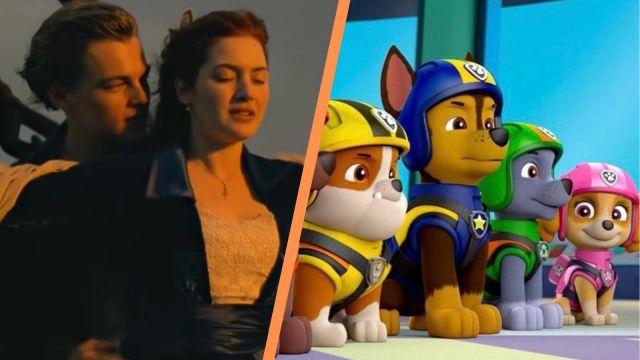 Images via Fox and Nickelodeon

Introducing children to classic films can be tough, but one parent has found a creative way to start their kid on the path to becoming a true movie expert. Their solution? Change all the characters and settings to make them fit into the PAW Patrol universe.

TikTok user topherharless’ video of him doing this recently viral and has now received over 1.4 million views over six days. The TikTok sees him retelling the story of James Cameron’s Titanic, though with the characters changed to the PAW Patrol crew and the story slightly changed to make it appropriate for kids.

Turns out kids love hearing a canine-focused version of the most famous maritime disaster in history, despite constantly asking what happened to Chase (aka Jack).

From the way the story began, a few TikTok users thought this story was going to be Noah’s Ark, with the intro wording similar to the Bible story. But Titanic is “1000 times better”:

Others said they look forward to the day when their child grows up and watch the original movie, only to be bamboozled as it sounded like an old bedtime story their parents told them.

The viral video is part four of an ongoing series that topherharless releases on his account, with the previous movie he retold using PAW Patrol being Star Wars, Pretty Woman, and Shrek. One of these caught the attention of the official Nickelodeon TikTok account who jokingly commented “we don’t remember this episode”.

People clearly love this creative way to introduce popular movies to a young audience. Can’t wait for the children to watch these movies when they’re older.