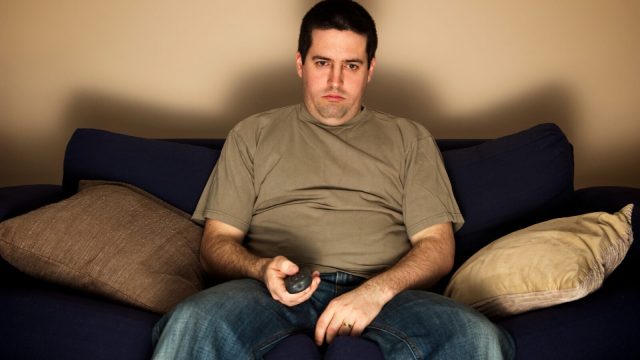 There’s a new indicator for who to avoid on the dating scene, and TikTok can’t get enough.

Eligible young people with their eye on romance are well familiar with the many flags of dating, from the clear red flags — or marinara flags, as Reddit prefers to call them — to the far more subtle shades of flag. A potential partner sporting a few pink flags isn’t a total no-go, but you should remain wary, lest those pinks deepen into outright red flags.

A new type of flag has entered the fold, and it’s on a quick rise to the top of TikTok. It, like the many shades of dating flags, represents a pattern of behavior, rather than a specific action or event, and serves as an excellent warning for anyone who might notice a multitude of beige flags in their next potential match.

What are the ‘flags’ of dating?

On the off-chance that you are unfamiliar with the many shades of dating flags, let’s start this off with a refresher. The clearest and most frequently cited color of flag is undeniably red, and indicates a major issue in a partner, potential partner, or acquaintance. Posts on the internet are riddled with claims of “red flag,” when a person indicates a number of negative qualities, including abusive tendencies, cheating, and control.

Pink flags are a step down from red, and indicate a burgeoning issue that has yet to become a full-blown deal-breaker. These are planted on people who showcase minor traits that could become far more problematic in the future, but still have a chance to be reconciled. Yellow and orange flags are also sometimes used to indicate this general idea, and often represent people who are working on their issues, but have yet to fully leave potentially damning traits behind.

There are good flags too, and comments often rain them on posts or videos in which a person showcases particularly good qualities. A protective — but not controlling — partner will likely be granted a green flag or two, as will a supportive parent, a giving friend, or any range of good, wholesome people who deserve a shoutout.

What are ‘beige flags’ on TikTok?

Now that you’ve passed dating flags 101, we can move onto the topic of beige flags. The latest flag to join the rainbow of relationship indicators entered the TikTok sphere several months ago, and has been on a sharp rise in popularity ever since. Beige flags are perhaps best described by TikToker Caitlin MacPhail, who helped to coin the phrase.

In a starkly viral TikTok posted back in May, MacPhail explains what a beige flag is, and how one can pick up on beige flags in the dating scene. Beige flags are “signs that you’re probably very boring,” according to MacPhail, and can include a huge number of indicators.

Things like having any strong opinion on coriander and pineapple on pizza are clear beige flags, according to MacPhail, as are “any reference to extremely mainstream sitcoms.”

“If you’re looking for the ‘Pam to your Jim,’ I’m just going to assume you have no deeper meaning,” MacPhail jokes, before adding “using puppies to hide your lack of personality” as a major beige flag. Also included on the list are mentioning Excel or spreadsheets in general, and seeking someone to “handle your banter.”

After her first video made the rounds on TikTok, MacPhail returned to grace her viewers with a part two. In it, she listed a swathe of additional beige flags that singles might experience on the dating scene. This time she went after literally anyone who is seeking “someone to go on adventures with,” absolutely everyone who is into crypto, as it is “the most beige of hobbies,” and anyone whose profile is littered with selfies.

In the weeks since her first two videos made beige flags an official thing, MacPhail’s TikTok has prompted a trend. She’s now TikTok’s official beige goalkeeper, keeping singles out of lame, dull relationships by flagging beige qualities from the get-go. She’s done a litany of videos on the topic, as users send in dating profiles to be judged. If any entry gets three beige strikes, they’re boring and not worth a date. This even applies to those sporting “hot girl beige” or “travel beige” personalities.

MacPhail has created a trend all on her own, and TikTokers are absolutely eating it up. The site’s page for “beige flags” is almost exclusively occupied by MacPhail, and none of the videos on the first page sport less than 15,000 views. Most are in the low millions, and comments on each of MacPhail’s videos rain praise on the TikToker and her unique talent for identifying signs of a boring personality. If you’re entering the dating scene and hoping to avoid that dry first-date small talk, her page is a must-see.