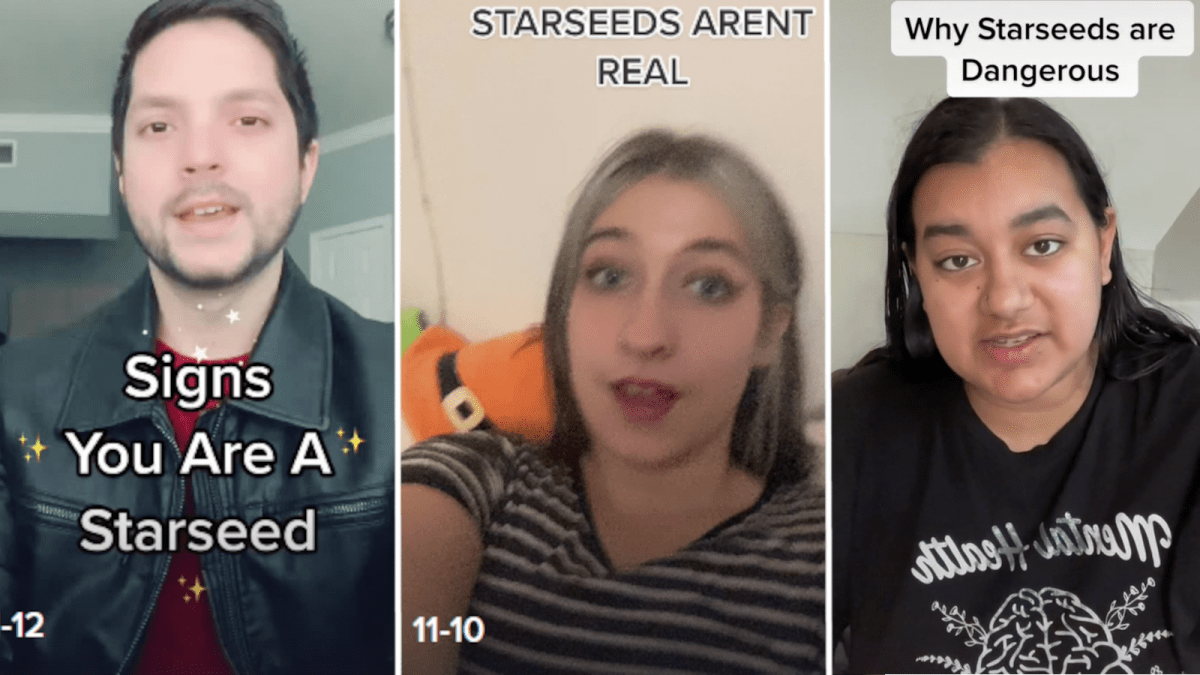 At first glance, the term Starseed seems innocent enough with the unofficial definition that is offered on Urban Dictionary. Diving into the pile of information available, it’s more than that and it’s stirring controversy from TikTok users who are calling it down for being ableist about autism while others are saying that it’s a racist ideology that has spread hate throughout history.

When looking it up on the Urban Dictionary, what appears there is a fairly innocent definition in the voice of Jeff Foxworthy, “If you feel like you don’t belong here, are resistant to authority, and feel like you have a purpose, you may be a Starseed.”

One TikTok user goes into great detail about how a Starseed is a being who has ascended from the stars and is here on Earth to help the human population with their issues. With conspiracy theories circling the planet about aliens being among us and lizard people existing throughout the world, a Starseed can easily be confused with that sort of belief system.

However, another TikTok user connects the term Starseed to an ideology that is tied to racism, eugenics, antisemitism, and Nazi Germany. She goes on to give a brief history of how that works and her message is gaining reach.

Sadly, somehow the term Starseed has slipped into the diagnosis of autism. It doesn’t take long to find out in the article “Humans, Aliens & Autism” to learn how that works. While it might bring some autistics a certain measure of strength to be defined in such a manner while also giving non-autistic people comfort in being able to explain away ASD, being called a Starseed is offensive to some autistics and this TikToker explains why.

While being able to put autism into a box and categorize it in the simplest form might give the uneducated the comfort they seek when they are insecure about a condition they don’t understand, it can be damaging to those with autism to simply explain it away as if it doesn’t actually exist. Forget what doctors have to say on the matter. Forget the work that they have done to learn more about it and help those who have it!

The fact that it’s trending is what could be damaging, especially since it seems that there are two different meanings running afoul. One asserts that being a Starseed is a spiritual awakening of sorts and there is no mention of autism in that belief system. The other is turning autism into an alien form and that’s where these two separate meanings are starting to collide.

It’s very dangerous to be an amateur with a huge following and have the need to give a medical diagnosis. There are people on the internet both young and old who will believe anything they are told and that’s part of the problem. Autism is a very real thing that requires specialized attention from doctors and attendants who know what they are doing. Don’t mistake an amateur’s diagnosis for real treatment.